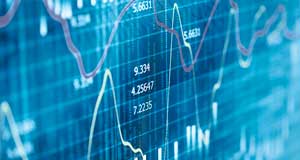 Stock markets in Europe enjoyed a bullish run on Friday thanks to the news that Gilead Science’s drug, Remdesivir, received approval from the FDA as a treatment for Covid-19.

The antiviral drug is the only FDA approved treatment, and the news encouraged equity traders to snap up stocks. Even though indices in Europe rallied on Friday, they were down on the week. The sentiment was soured for much of the week because of tighter restrictions in several European countries.

US equities were mixed on Friday on the back of worries that US politicians will not agree on a coronavirus stimulus package in the near-term. Steven Mnuchin, the Treasury Secretary, claimed that Nancy Pelosi, of the Democrats, has ‘dug in’ on a number of issues. The update left dealers less hopeful that an agreement would be reached soon.

On the health crisis front, things seem to be taking a turn for the worse. A number of US states, and countries, like Italy, The Netherlands and Hungry have registered a jump in Covid-19 cases. Spain has declared a state of emergency, and France is believed to be preparing for tougher restrictions.

Stocks in Asia are showing modest losses. The deteriorating health situation has put pressure on US index futures and European indices are pointing lower. The Beijing administration will meet this week to map out an economic plan for 2021-2025. Dealers are wondering if the Chinese government will be more flexible in terms of their growth targets, seeing as this year’s one was dropped because of the pandemic.

The back and forth in relation the proposed US stimulus package has been in the news for a while, and some traders are getting sick of the shenanigans. Over the weekend, Pelosi, trotted out the old line that a deal is still possible before the presidential election, which will take place in over one week. The Senate has a Republican majority, and its policymakers are not in favour of supporting a deal the size that Pelosi or President Trump are proposing.

The flash readings of services and manufacturing for France, Germany and the UK were posted on Friday, and they broadly showed that the economic recovery is fading. Manufacturing in Germany was the outlier as its growth rate ticked up to 58, from 56.4 in September. It is concerning that the services readings for France and Germany – the two largest economies in the eurozone – registered negative growth. It is possible that the poor readings were down to the fact the tourist season tapered-off in August. The UK manufacturing and services readings were 53.3 and 52.3 respectively. The British economy was reopened after that of mainland Europe so that is possibly why the reading was broadly higher. Several French cities are subject to a curfew, while here in the UK, stricter restrictions are enforce in a number of regions. The services sector in both counties are likely to suffer further.

In the US, the flash manufacturing and services PMI readings were 53.5 and 56 respectively. The manufacturing report was unchanged from September, while services reading was a small improvement from the 54.6 posted in the previous month. The economic recovery in the US is out performing that of the Europe. The latest jobless claims data was encouraging, as the reading fell from 842,000 to 787,000 – the lowest since March. In addition to that, the counting claims report- which is one week behind the jobless update – fell from 9.39 million to 8.37 million.

Sterling had a positive run last week on the back of the news that the UK and the EU will continue trade talks, and there was some optimism that a deal might be reached by mid-November. On account of the uncertainty surrounding the situation, sterling’s gains are to be limited, but at the same time, there is enough commentary from both sides that they are open to making a deal, so the pound isn’t tumbling either. Over the weekend, it was reported that the EU’s negotiating team will remain in London until Wednesday, to carry out talks, and keep in mind, they were planning on finishing talks yesterday.

Last week, the US dollar index fell to its lowest level since early September. Late last month, the US dollar index hit its highest level in two months, but it has been drifting lower since. Traders are wondering whether is it just a pullback from the bullish move, or if the broader bearish trend that has been in play since May has continued. In recent months, the greenback has acted as a safe haven play, and conversely, it has come under pressure when traders have been keen to take on more risk and buy stocks. The hopes of a US stimulus package this side of the presidential election are fading, so that might prop up the dollar somewhat, even if election uncertainty is the in the mix.

Oil is under pressure on the back of concerns that supply from Libya will rise as rival factions have called a ceasefire and that should pave the way for an increase in output. The worries about rising coronavirus cases in Europe and the US has sparked demand concerns.

The German IFO new business climate reading is tipped to be 93, and that would be a dip form the 93.4 posted in September.

GBP/USD – recently retreated from a six week higher and while it holds above the 100-day moving average at 1.2859, the uptrend should continue. 1.3269 might act as resistance, and a move beyond that mark, could put 1 3515 on the radar.

USD/JPY – remains in the wider downtrend and if the negative move continues it could target 104.00. A rally might run into resistance at the 50-day moving average of 105.61 and a move above that, could see it target 107.00.