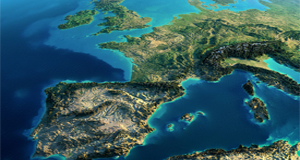 Sentiment has been lifted by last night’s news that Remdesivir, an antiviral drug produced by Gilead Sciences, received approval as a Covid-19 treatment by the US regulator, the FDA. For much of the week, stocks in Europe have incurred declines because of concerns about the health crisis and sticker restrictions. The absence of a US coronavirus relief package in the US was a factor too. Traders are content to buy back into the market now that some progress has been made in tackling the health crisis. In London, oil, banking, travel, house builders and supermarket stocks are showing decent gains, so it is a broad based rally.

Barclays shares hit their highest level since July on the back of much better than expected third quarter numbers. The attributable profit was £611 million, and that hammered the £273.5 million consensus estimate. Profit before tax for the three month period was £1.1 billion, which was almost double what analysts were expecting. Barclays provision for bad debts was £608 million, and that greatly undershot the £1 billion forecast. The pandemic has largely been harmful to the banking sector, but there have been some positives. Volatility in the financial markets surged because of the health crisis, and the bank’s revenue stream from trading fixed income, currencies, and commodities increased by over 20% to £1 billion. Barclays, like its competitors, is bracing itself for a colossal jump in loan defaults. We are yet to see that impact the sector, and it is possible that current provisions might not be enough. The liquidity position has improved, the common equity tier (CET1) ratio ticked up to 14.6% from 14.2%, so the bank is in better health to deal with the defaults. The sector as a whole has been lifted by the Barclays update.

Yesterday, Countrywide PLC, the estate agent company, announced that it raised £90 million from an equity placing. The move was motived by a desire to strengthen its balance sheet – pay down debt. The stock sold-off heavily yesterday, and today it fell to its lowest level since early September.

Intercontinental Hotel Group shares are in the red on the back of the downbeat third quarter update. In the three month period, revenue per available room (RevPAR) fell over 53%. The occupancy rate in the quarter was only 44%, but that was still a big increase on the 25% registered in the second quarter. The hotel industry has struggled on account of the pandemic, and with the way things are going in terms of restrictions, the company is likely to remain under pressure.

AO World PLC shares set a new record high. Supermarkets in Wales are temporarily not allowed to sell non-essential items It is possible the positive move in AO World is because traders are fearful this could be copied by other parts of the UK.

The session on Wall Street is mixed as there hasn’t been much enthusiasm from traders. Once again, there has been a lot of talk about the proposed US stimulus package, but at the same time, differences of opinion still exist, according to Larry Kudlow – an economic advisor to Mr Trump. It seems that the chances of a deal being struck before the Presidential election are dwindling.

Gilead Sciences confirmed that their antiviral drug, Remdesivir, has been approved by the FDA as a treatment for the coronavirus. The drug is the first and only FDA-approved treatment so that puts Gilead at a major advantage. Several other big pharma companies are working on a potential vaccine, and whichever company obtains approval from the regulator first, is likely to see a jump in demand.

Intel shares have tumbled. The top and bottom line figures were well received, but the group’s data centre unit weighed on the overall figures. The data centre saw a 7% fall in revenue to $5.91 billion, undershooting the $6.21 billion forecast. The chipmaker confirmed that revenue from governments and enterprises dropped by 47% in the quarter, and that spooked traders as there was strong growth in the preceding quarters. For the overall group, EPS was $1.11, meeting forecasts while revenue slipped by 4% to $18.33 billion, and that was a little ahead of estimates. Operating margin at the data centre fell from 49% to 32%.

GBP/USD is in the red for the second day in a row but keep in mind it hit a seven week high on Wednesday – on the back of optimism that the UK-EU trade talks could deliver a deal by mid-November. The bullish mood surrounding the discussions has cooled a little but there is a feeling that progress has been made this week.

EUR/USD is largely flat on the session as the latest manufacturing and services PMI data didn’t have much of an impact on the single currency. The dollar has experienced low volatility too.

It is not exactly a coincidence that volatility in the US dollar has been low today and so has volatility in gold. In the past few months, the greenback has been very influential on the commodity. Gold is hovering around the $1,900 mark and today’s range has been small. The metal has been in an uptrend since late September, and a break above the $1,918 mark, should pave the way for further gains.

Brent crude and WTI are a little lower this afternoon. Like other markets today, volatility has been low. Yesterday, Russia said it was open to the idea of extending the existing production cuts, should it be required, but at the same time it did not say that any major changes were needed at the moment. The energy market has drifted lower this week because of concerns about future demand in light of the growing health crisis, and tougher restrictions in certain countries.