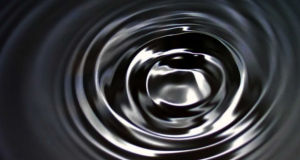 WTI crude oil futures created a fresh, more than one-year high at 58.88 during yesterday’s session, posting a bearish doji candle which indicates a possible downside correction in the near-term.

The technical indicators are confirming a likely bearish move as the RSI is standing in the overbought zone, with a flattening move, while the MACD holds above the trigger line in the positive region. However, the 20- and 40-day simple moving averages (SMAs) are continuing the upside price action, while the Ichimoku lines are moving horizontally.

Immediate resistance could be faced from the 59.64 barrier before rallying towards the 65.61 hurdle, both taken from the peaks in January 2020.

A downside movement could take the commodity until the 53.94 support, which overlaps with the 20-day SMA ahead of the 40-day SMA currently at 52.06. Below this level, the long-term ascending trend line could come next around the 49.40 support before meeting the 23.6% Fibonacci retracement level of the up leg from 6.62 to 59.64 at 44.66.

In conclusion, regarding the long-term picture, oil prices have been in an uptrend; however, the bearish doji candle suggests a bearish move in the short-term.