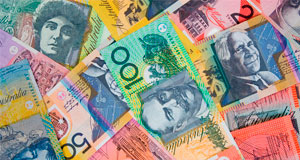 AUDUSD is trying to escape the bearish channel after finding powerful support around the 50-day simple moving average (SMA) and the lower descending line.

The spotlight has now turned back to the 0.7800 level, and the momentum indicators suggest the bulls could keep pushing towards that bar in the near term as the RSI is gaining ground above its 50 neutral mark and the MACD is recovering within the positive area. The distance with the upper Bollinger band is another sign that there is still some bullish fuel in the tank.

Otherwise, if the price dives below the 20-day SMA (middle Bollinger band) at 0.7685, traders could look for support around the 50-day SMA and the 23.6% Fibonacci of the 0.6990 – 0.7819 up leg at 0.7623. This is also where the surface of the Ichimoku cloud lies. Hence, any violation at this point could trigger a more aggressive sell-off likely towards the 38.2% Fibonacci of 0.7500, unless the base of the channel remains resilient.

Meanwhile, in the bigger picture, the pair avoided a deterioration in outlook after recovering above 0.7623, keeping its upward trajectory valid for now.

In brief, AUDUSD aims to switch its short-term bias to positive, with the confirmation likely coming above 0.7800. 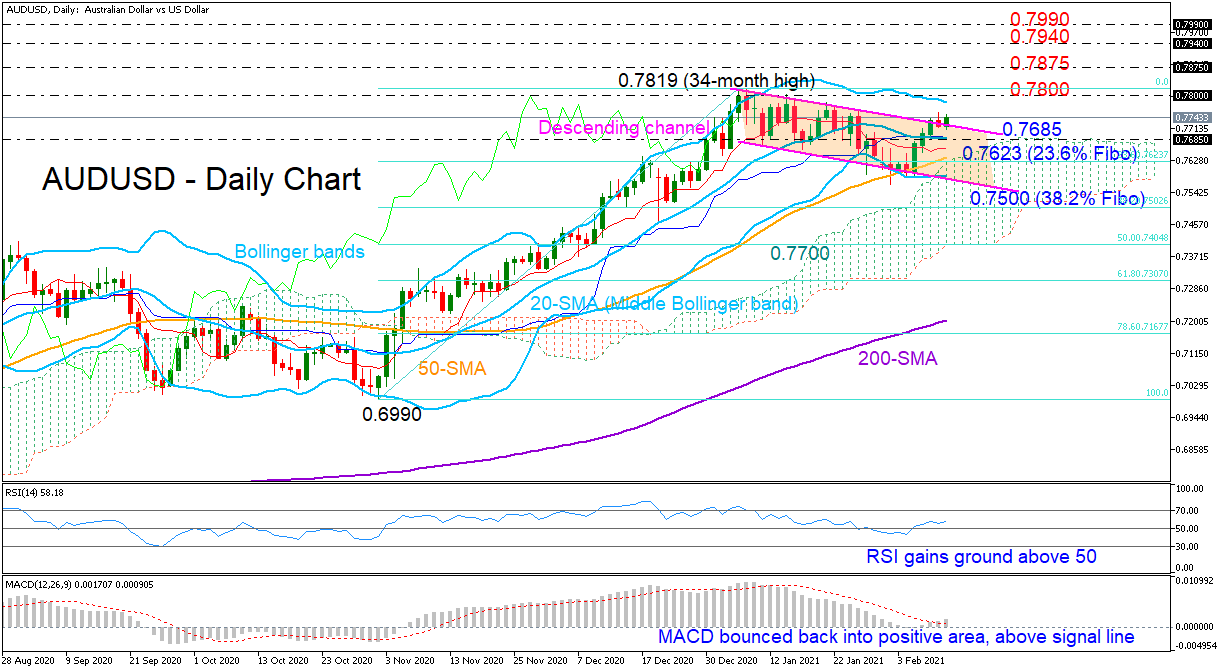