Markets overview. FTSE100 set to open at an 18 month high, US retail sales in focus 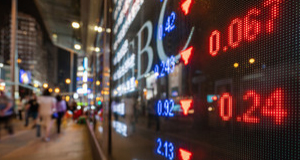 After a choppy start to the week, equity markets appear to be leaning towards a narrative that companies can continue to grow profits, despite the combined pressures of higher energy prices, and supply chain disruptions.

The ports disruption and delays we are seeing all around the world remains a long way from being resolved, and the labour shortages, that are causing the backlogs haven’t gone away either and are likely to take months to work through. This week it was reported that Apple had cut iPhone 13 production by up to 10m units, due to chip shortages, while Amazon was reported to be looking to acquire used long range Boeing and Airbus cargo planes to beef up its own logistics operations, and bypass the current disruptions.

The gains in US markets were driven by a raft of decent earnings announcements from US companies which fuelled a wave of optimism, that despite the effects of rising energy prices, and supply chain bottle necks companies would still be able to deliver decent earnings growth.

A fall in weekly jobless claims below the 300k level to their lowest level since March last year didn’t hurt either.

As we look towards today’s European open the FTSE100 looks set to open at an eighteen month high, with other markets in Europe also set for a solid start.

There still seems to be an element of complacency amongst investors that rising energy prices won’t prompt a wave of demand destruction, especially if supply chain snarl-ups also feed into higher prices, which consumers then can’t absorb.

Yesterday’s US PPI prices for September still came in at a record high, but there was evidence that the trend was starting to slow, however in recent months we have seen evidence that US retail sales, has been slowing, while consumer confidence has also fallen sharply from the peaks we saw at the start of, and during Q2.

With that in mind today’s US retail sales numbers for September and University of Michigan confidence numbers could be key indicators as to whether we’ve seen a trough after the Delta related slowdowns seen during Q3.

That said, US retail sales rather confounded expectations in August, with most predictions expecting a fall in line with weaker consumer confidence.

A rise of 0.7% ran counter to expectations of a decline of -0.7%, although a revised July reading of -1.8% tempered some of the positive narrative. Recent earnings reports from US retailers suggest that consumer spending has been rather subdued, with significant disruption from Hurricane Ida likely to have played a part.

When you take into account two poor jobs reports in August and September, higher gasoline prices, as well as the expiration of various unemployment fiscal support measures, there is a chance we could well see a weak September number, with expectations of a decline of -0.2%.

University of Michigan confidence numbers for October are also expected to see a modest improvement to 73, after September’s 72.8 rebound from the 9 and a half year low we saw back in August, at 70.3.