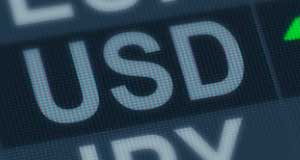 The dollar edged higher Friday ahead of the release of the highly-anticipated monthly U.S. jobs report, which looks likely to confirm assumptions that the Federal Reserve will start to normalize monetary policy in November.

The Federal Reserve indicated at its last meeting that it is likely to begin reducing its monthly bond purchases as soon as November to be followed by interest rate increases potentially next year.

Nonfarm payrolls are expected to rise by 500,000 in September, a sharp improvement from August’s 235,000 increase.

However, there could be room for more jobs to be created, especially after private payrolls processor ADP reported 568,000 jobs were added by the private sector in September, well ahead of expectations. Last week’s jobless claims also suggested the labor market was recovering from a soft patch triggered by Delta-variant Covid-19. Initial claims fell by more than expected to 326,000 (although this is after the cut-off point for September’s employment report.

“This month’s U.S. jobs report will likely only have to clear the lowest of hurdles to keep the Fed on track; indeed, some analysts are suggesting that as long as [the] U.S. economy creates at least 100K net new jobs, the Fed will feel comfortable announcing its tapering plan,” said Matthew Weller, Global Head of Market Research at GAIN Capital.

Weighing slightly on the safe haven dollar Friday was the news that the U.S. Senate voted late Thursday to temporarily lift the debt ceiling, thus averting a catastrophic debt default, at least for now.

Elsewhere, USD/CNY rose 0.1% to 6.4493 after China’s services sector made a return to growth in September, with the Caixin services purchasing managers index coming in at 53.4 in September. It had dipped to 46.7 in August under the weight of widespread Covid-19-driven lockdowns. The People’s Bank of China was able to drain liquidity from the system after the Golden Week holiday without triggering any notable volatility.

USD/INR rose 0.3% to 75.014 after India’s central bank kept its key interest rate unchanged at a record low for an eighth straight meeting, attempting to support the country’s nascent recovery from the damage caused by the pandemic.

In Europe, meanwhile, the euro strengthened 0.4% against the Polish zloty, after a Polish Constitutional Court ruling that challenged the primacy of EU law. The ruling will make it harder for the EU to disburse not only the funds earmarked for its post-pandemic recovery, but all other transfers under the EU budget.