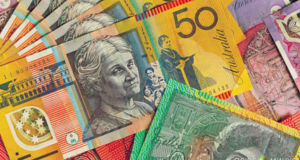 AUDUSD has been underperforming in the past two days, diving to a one-month low of 0.7172 and remaining below the Ichimoku cloud and the short-term simple moving averages (SMAs). However, today, the price is ticking up again with the RSI mirroring this latest movement. The MACD is still moving downwards with strong momentum beneath its trigger and zero lines.

The next target to the downside is the nine-month low of 0.7103. At this stage the market would likely a resumption of the downtrend from the 0.7886 peak and put in place a lower low at 0.6990.

In the short-term, the bearish phase remains in play, especially if prices continue to trade below the SMAs and the 0.7220 barrier. In the bigger picture, the market is neutral to bearish as long as the 0.7103 level holds.