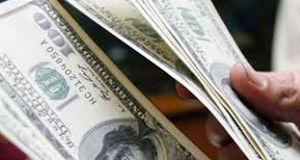 Wall Street staged a fierce comeback on Tuesday, without any particular catalyst behind this impressive recovery. Markets have been grappling with virus concerns lately, the fear being that new variants might be an endless phenomenon that doesn’t allow the world economy and especially developing economies to go back to normal.

Nothing has changed on this front, but traders were happy to put those worries aside for now and go bargain hunting in the stock market. This highlights that covid fears are a self-correcting dynamic for stocks. If the world will be tormented by covid for longer, that means more central bank medicine for longer.

Overall, it’s difficult for stocks to bleed as long as there is no alternative. Bonds are loss-making assets in a positive inflation environment and commodity markets are far too volatile for big players to have any real exposure to. Dip buying will probably remain a winning strategy until this paradigm changes.

Dollar shines in all weathers

But the relief in the equity and bond markets didn’t really spill over into the FX arena. Risk-sensitive currencies like the aussie and the kiwi are still under pressure, while the British pound has been unable to capitalize on this serenity.

Even more striking is the US dollar, which continues to advance regardless of the market mood. This is a testament to the greenback’s unique role as an ‘all-weather currency’. It can gain both when markets are fearful thanks to its reserve currency status and when the mood music improves, amid expectations of US economic outperformance.

Indeed, market pricing for Fed rate increases over the coming years has not budged much lately, suggesting that the Delta variant is not really a US problem. About half a rate hike has been priced out in recent days, leaving two and a half hikes still priced in by the end of 2023.

Markets are essentially saying that a deceleration in global growth could slow down the Fed’s normalization plans a little, but it won’t derail them. The US has one of the highest vaccination uptake rates, the quality of vaccines is better than elsewhere so new variants are less of a threat, and more federal spending is on the horizon.

The Australian dollar is the main underperformer on Wednesday, following some disappointing data. Retail sales fell sharply in June before the latest lockdowns started, which implies that the July numbers will be even worse.

Aside from that, there isn’t much news to speak of. The price action is the narrative these days. The market mood is calmer for now, with Wall Street futures and Treasury yields both recovering, taking the shine off the defensive yen.

Looking ahead, the next major event will be tomorrow’s ECB meeting. President Lagarde promised new policy signals, so it should be interesting. The ECB wants to demonstrate it is serious about hitting its new inflation target, which means committing to cheap money policies for longer.

That would underscore the divergence with other major central banks that are headed towards higher rates, which is bad news for the euro over the longer term.