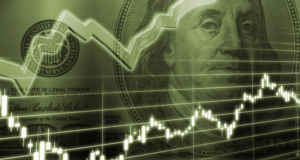 A sense of euphoria swept through equity markets on Thursday, after the US president announced that he has secured a deal on infrastructure spending with a group of Republican and Democratic senators. The price tag will be around $1 trillion over five years, focusing on physical investments like roads and bridges.

The S&P 500 and Nasdaq hit new records as this deal hits the sweet spot for stock markets. Although the spending is far less than what the Democrats promised earlier, a skinnier package will help calm nerves around runaway inflation and the Fed slamming on the brakes early. Best of all, it doesn’t include any new taxes on businesses.

The catch is that this isn’t a done deal. In fact, President Biden threatened to veto the bill unless it is accompanied by a separate package that will focus on ‘human infrastructure’. The second measure would be passed through a Senate tactic called reconciliation so it wouldn’t require any Republican votes, similar to the latest stimulus round in March.

Of course, that drew heavy criticism from Republicans, who now have a choice of whether to support the first bill and score some political points or oppose it and force the Democrats to push everything through reconciliation. This will be a long battle in Congress, but for stock markets, what ultimately matters is the boost to economic growth and how much business taxes will have to rise.

The excitement wasn’t reflected in the FX space though, with the dollar confined to tight ranges against most of its rivals. The Fed’s charm offensive this week seems to have worked wonders in negating fears of early tightening as the reserve currency only managed to gain further ground against the yen, which tends to suffer when markets are joyful.
The only real mover was sterling, which fell yesterday after the Bank of England hesitated to provide any signals about higher interest rates. Policymakers didn’t want to undermine the recovery by hinting at premature tightening, hoping to see actual progress in the economy before taking the next step.

As such, markets pushed back the first rate increase to December next year, from November before the meeting. That seems reasonable as the bigger picture hasn’t changed. The economy is set to enjoy an impressive spell of growth according to the latest PMI surveys, which should allow the BoE to exit its asset purchase program later this year. The longer-term trajectory for sterling is still bright against low-yielding currencies like the yen, franc, and euro.

Over in the commodity arena, gold prices have been trapped in a narrow range between $1765 and $1795 this week. On the bright side, the bleeding has stopped and signals for even greater fiscal deficits along with a patient Fed are good news for bullion. That said, it’s also difficult to argue for any sustained upside as the endgame is the withdrawal of cheap money and perhaps a stronger dollar.

Besides the US inflation data today, there’s another parade of Fed speakers on the agenda, featuring Kashkari at 14:00 GMT, Mester at 15:35, Rosengren at 17:00 GMT, and finally Williams at 19:00 GMT.