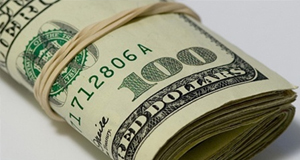 It was another disappointing Jobs Friday as predictions for May nonfarm payrolls were again off the mark. Payrolls rose by 559k against estimates of 650k – not as huge a miss as seen in April but it was yet another confirmation that it’s not quite full steam ahead for the US labour market. There were some strong points in the report: wages rose by more than expected and the jobless rate declined to below 6% for the first time since before the pandemic.

However, the overall take from the numbers was the same as for the previous month, which is that it’s going to require a lot more time before the Fed can say there’s been “substantial further progress”.

Expectations for a stellar jobs report had been building up in the 24 hours prior to its release after a series of upbeat data, fuelling a mini rally in the US dollar and a spike in Treasury yields. But those gains didn’t last long and the dollar plunged across the board as investors reverted to their original view that the Fed will not be in any hurry to slow down its bond purchases even if there is a definite momentum towards starting a debate on tapering soon.

However, it was a much calmer start to the new trading week, with the dollar index inching slightly higher, having only just managed to hold on to its weekly gains on Friday.

The Australian dollar, which was whipsawed by the US jobs data, firmed heading into the European session, extending Friday’s impressive rebound. S&P Global Ratings earlier upgraded its outlook on Australia’s sovereign bond rating from ‘negative’ to ‘stable’, pushing the 10-year yield to a 3½-month low. However, optimism about the global recovery, underlined by figures out today showing Chinese exports and imports surged again in May, is offsetting the downward pressure emanating from lower Australian yields.

The kiwi and loonie were slightly lower versus the greenback but the pound struggled the most on Monday, slipping to around $1.4130. Some concerns about the recent escalation in new Covid infections in the UK due to the new Indian variant could be weighing on sterling as speculation is mounting about whether the government will delay the next phase of the reopening, which is set for June 21.

The euro is also a bit of a laggard after failing to bounce back as strongly as its other peers on Friday and remained skewed to the downside on Monday. Investors are anticipating dovish soundbites on Thursday when the European Central Bank meets to review its pandemic bond purchases.

But the ECB meeting isn’t the only thing that will be in the spotlight on Thursday as the latest print of the US consumer price index is also due that day. Consumer prices soared by 4.2% in April and if there is another bigger-than-expected jump in May, it could heighten market nerves ahead of the June 15-16 FOMC meeting.

Caution about the upcoming inflation data could be what’s holding back equities today as Asian indices ended the session mixed and European shares struggled too as US stock futures were in the red. A tech-led rally pulled Wall Street higher on Friday, with the Nasdaq Composite closing 1.5% higher and the S&P 500 adding 0.9%.

There seems to be widespread relief from the soft payrolls numbers as the solid but underwhelming jobs recovery has created a goldilocks scenario for the US economy where the Fed can afford to take its time before rushing in to turn off the stimulus taps.

At the same time, however, it’s becoming increasingly difficult for investors to ignore the hints that tapering is moving closer to the horizon and the lingering uncertainty could keep stock markets in check until clearer signals emerge. US Treasury Secretary Janet Yellen waded into the debate over the weekend, saying that a “higher interest rate environment” would be “a plus” for the Fed’s point of view.