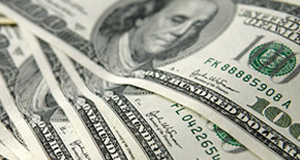 The US dollar came back to life yesterday after some encouraging data releases revived concerns about an earlier withdrawal of Fed liquidity and forced traders to hedge some of their short bets on the reserve currency. The move started with the ADP employment print, which clocked in at 978k in May, surpassing the forecast of 650k and fuelling expectations for a similar surprise in nonfarm payrolls today.

The ISM services survey then added fuel to the dollar’s comeback. The index hit a new record high, with the details highlighting that price pressures continued to heat up. That said, the same survey showed jobs growth cooling down, echoing a similar finding in the manufacturing report earlier this week.

As such, the tea leaves around nonfarm payrolls are mixed. The official NFP forecast is for 650k, but the market has likely priced in a stronger number by now. While the ADP report and the decline in jobless claims during the NFP survey week indeed argue for a positive surprise, the ISM surveys point in the opposite direction.

The stakes are therefore high as any major surprise today could go a long way in shaping the narrative around the Fed. The market reaction will depend on the size of any surprise. Anything in the 500-900k range is unlikely to rattle markets, while anything above or below those bounds could see the dollar moving in the same direction.

The shock waves reached Wall Street too, highlighting that good economic news is not always good news for stock markets. That’s especially true in the tech sector, where the dizzying valuations of some companies wouldn’t make much sense in a world of higher interest rates.

Besides concerns of a hotter economy forcing the Fed to take its foot off the accelerator, news that the Biden administration plans to forge ahead with a 15% minimum corporate tax rate also tormented tech stocks. That’s a real headache for the biggest multinational titans like Amazon and Apple, who have paid almost nothing in federal taxes in recent years thanks to a web of exemptions and loopholes.

Whether the pullback continues will depend on today’s payrolls. The reaction in stocks is complex, as a massive disappointment might not hurt markets much since it would imply more Fed liquidity for longer. In fact, the worst-case outcome for equities may be an exceptionally strong NFP print, perhaps exceeding 1.5 million, which forces markets to bring forward a Fed taper announcement by late summer.

Overall, equities have several risks to grapple with over the next months, like less liquidity flowing into the financial system along with higher taxes on capital gains and businesses. The markets might kick and scream while all that gets baked into the cake, but it is difficult to envision anything more than a deep correction. How the economy is doing is what ultimately matters most.

In the commodity arena, gold came under heavy fire yesterday, losing almost 2% as the simultaneous resurgence of the dollar and real US yields sparked a round of profit-taking in the yellow metal’s recent relentless rally. Gold’s fortunes now hang entirely on how markets view the Fed’s normalization timeline – the later, the better.

Ahead of the payrolls data, Fed Chairman Powell will deliver remarks at 11:00 GMT.

Finally, Canada’s employment numbers will also be released today and could be especially important for the loonie ahead of next week’s Bank of Canada meeting. 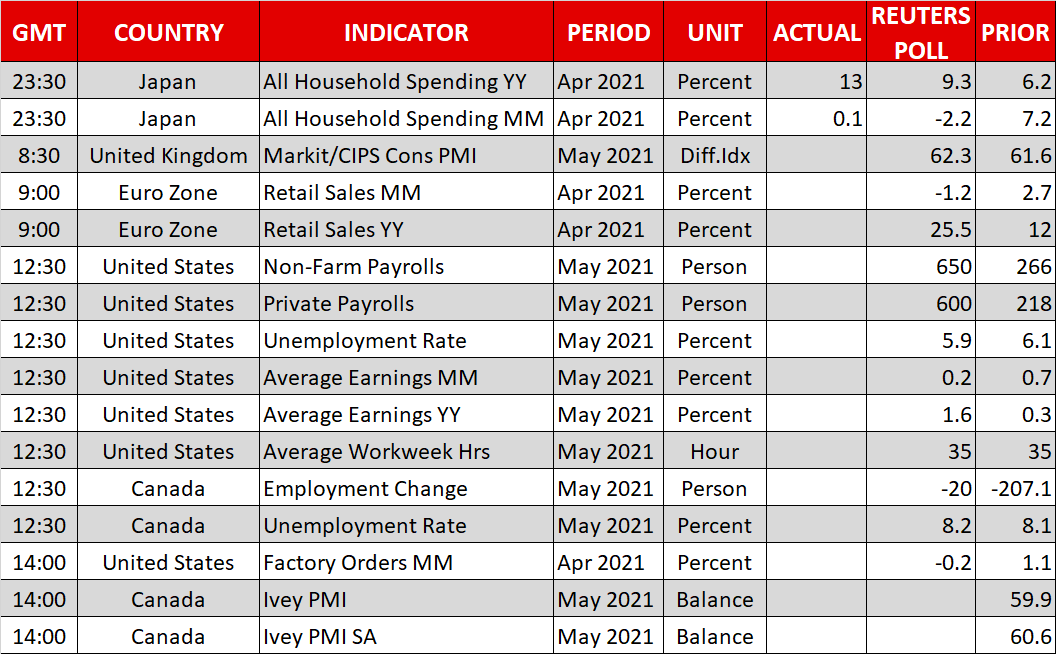