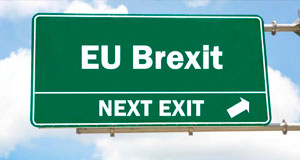 European stock markets had another day to forget yesterday, falling sharply on concerns that new lockdown restrictions in the face of rising infection and hospital admission rates, would kill off whatever vestiges of a nascent recovery there has been since April, when lockdowns started to get eased.

As a result of this and the setbacks on vaccines this week, there is rising concern about the prospect that these new measures could consign huge numbers of already fragile businesses to potential bankruptcy in the coming weeks, especially if political leaders bow to increasing pressure for a two-week total lockdown, or circuit breaker in an attempt to slow the virus spread.

This of course raises the very real fear that what turns out to be a stop-gap measure actually turns out to be something slightly longer term, with no potential end point, which in turn could see the collapse of hundreds of businesses, as well as the decimation of an already fragile economy.

The biggest fallers were once again in the travel and leisure stocks, along with the oil and gas sector as fears about weaker demand dragged on the oil majors, with BP shares hitting their lowest levels since 1995.

US stocks also finished lower on the day, however they managed to pull back from their lows as once again hopes of a stimulus package being agreed before the election were raised by House Speaker Nancy Pelosi, when she assured House Democrats that she would look to address the need for a stimulus plan, if there was no deal with the Republicans, and the White House soon. It remains to be seen how she can pull that off without the support of Senate Republicans who have pledged to block measures with a price tag of over $1.8trn.

This late pullback in US markets could well see European markets undergo a bit of a rebound on the open later this morning, however it probably won’t be enough to prevent the loss of a good proportion of the gains that we’ve seen from the previous two weeks.

The pound also took a bit of a knock yesterday, dragged lower on a combination of concerns about some pessimistic briefings from the most recent European Council meeting on the recent UK/EU discussions about a possible deal, as well as the raft of tighter restrictions that were announced for London and a host of other places in England yesterday.

There is also some apprehension over a possible decision later today by Prime Minister Boris Johnson that could see him call time on any further discussions on account of perceived foot dragging on the part of EU officials. The sticking points continue to be around fishing rights, level playing field provisions, as well as arbitration and governance benchmarks. With French President Macron also rattling a “no deal” sabre it seems likely that we could well see some further twists and turns yet.

On the data front we’ll be getting the latest US retail sales data for September, which are expected to show a rise of 0.8%. This would be an improvement on the 0.6% gain seen in August, however there is some concern that the spending power of the US consumer could well start to see a sharp slowdown, as we head towards the uncertainty of next month’s election.

A lot of recent US data has been mixed, and while retail sales have gained for four months in a row, despite weaker consumer confidence, there was a sharp rebound in that confidence in September. Will that be replicated in a similar strong retail sales number, or will we see a retrenchment heading into the autumn?

GBPUSD – another day of cable chop saw the pound reverse from the highs this week at 1.3070 slipping back towards the lows this week at 1.2863. Brexit headline risk is likely to continue to be the primary driver here, with the risk very much to the upside, and for a move towards 1.3220, while above 1.2800.

EURGBP – also continues to chop but while below downtrend line resistance at 0.9125 from the September peaks, the risk is tilted towards the downside. A move below the 0.9000 area, has the potential to open up further declines towards 0.8920.