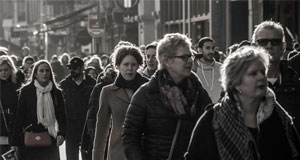 This was largely due to concern that for all the optimism around the possibility of a vaccine, the economic reality of governments having to tighten restrictions in the face of rising infection counts, is likely to curtail the current rebound in economic activity across the bloc.

While US markets were able to perform better, riding the M&A move higher with much greater conviction, there was a sense that after two successive weeks of losses, that we were probably due for a bit of a rebound, ahead of the start of today’s Federal Reserve rate meeting.

Despite the positive start for markets in the US they still closed well off their highs for the day, and as such this is likely to translate into a mixed European open, while Asia markets were more mixed after a broadly positive set of Chinese economic numbers..

This morning’s latest Chinese economic data for August pointed to a two paced recovery for the world’s second largest economy, with the recent trade data continuing to point to weak domestic demand after imports slid 2.1%.

Retail sales data for China hasn’t been the same since the country came out of lockdown at the end of February, though optimism over the July numbers had been increasing given recent positive data from the auto sector in July, as well as reports from the likes of Daimler, and Apple talking of some decent rebounds in their Chinese markets.

This made it all the more surprising that retail sales in July declined 1.1%, showing that the Chinese consumer still remains quite nervous about coming out of hibernation, with the last time we saw a positive reading being the end of last year, when we saw a gain of 8% for December. Today’s August numbers came in at 0.5%, with no change expected, a welcome move into positive territory for the first time this year. On-line sales, as with elsewhere have held up well, but it is clear that any consumer recovery is likely to remain slow.

Manufacturing has managed to recover much more quickly relative to the Chinese consumer, rebounding to its best level in almost a decade in July, in the various official and private sector PMI’s. Industrial production rose 4.8% in July, slightly below expectations, and came in at 5.6% in August, much better than expected and indicative of the two tier recovery taking place in the middle Kingdom.

Today’s latest economic data from the UK could well add further colour to the extent of the economic pain that the coronavirus pandemic has inflicted on the UK economy. If anything the data is almost a sideshow to the events taking place between politicians in Brussels and Westminster, as Prime Minister Johnson attempts to get his controversial Internal Market Bill past his own MPs at Westminster. Last night’s vote saw the bill pass by 77 votes, however that doesn’t mean it still won’t see changes made as it goes up to the House of Lords, where it may find progress much more difficult.

As far as the data is concerned it is becoming increasingly apparent that the ILO UK unemployment measure isn’t fit for purpose in the current environment, as it came in unchanged at 3.9% for the three months to June, however at some point in the coming months it will start to reflect the economic pain which is already making itself felt on the labour market more broadly. We could start to see that start of that today, with a move up to 4.1% for the three months to July, even if the numbers still don’t include those who have yet to return to work from furlough, and as such aren’t classified as unemployed quite yet.

On the plus side at least two-thirds of those staff who were furloughed are now back at work, however the final 2m or so people may find they don’t have a job to go back to if current social distancing guidelines remain intact into next year, and the current furlough program due to run off next month.

We’ve already seen swathes of job losses announced over the summer from airlines, aerospace and the retail sectors which will eventually start to show up in the headline numbers.

While companies like Amazon and Tesco are looking to recruit extra staff for their on-line and delivery operations these aren’t expected to completely fill the gap.

Last month the claimant count for July rose 94.4k and the headline claimant count rate rose to 7.5%, from 7.3%. More importantly the latest data showed that there another 220k jobs were lost in the three months to June, bringing the total number of positions lost since March to 730k. This trend looks likely to continue in today’s August numbers.

EURUSD – continues to edge up and away from the early August neckline support, though there is some evidence that the euro may well be struggling to maintain momentum. Last week’s failure above 1.1900, suggests failing momentum, with a break below 1.1720 suggesting a move towards 1.1500. Above 1.1920 retargets the 1.2000 area.

USDJPY – finding it difficult to break above the 107.20 area for the time being, with solid support at the 105.00 area. We need a break either side of this range to determine the next move.