Analysis EUR/USD. The Euro is “at gunpoint” again 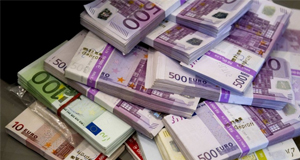 EURUSD remains under pressure at the end of the second week of July. The current quote for the instrument is 1.1271.

Yesterday, it became known that the US Supreme Court ruled the Manhattan district attorney could obtain President Donald Trump’s tax records. In the past, the House couldn’t do it even with such a decision but this time it might have a different outcome. Such news creates a particular risk for Trump, which may expand in case some negative facts are revealed to the public.

Apart from that, investors paid attention to the report with the number of new cases of COVID-19 in the USA. On Wednesday, the USA reported more than 60 thousand, which is the highest number for the country over 24 hour period ever. Over the previous two weeks, 42 out of 50 states reported a skyrocketing number of new cases, and California and Texas introduced new restrictions.

The statistics published yesterday showed some improvement in the US employment sector. The Unemployment Claims showed 1,314K, which is 99K less than the week before.

As a result, the indicator has been decreasing for 14 weeks in a row after reaching the highest reading on April 9th, and that’s good. The USD is getting more and more attention, from different areas, and significantly improving.