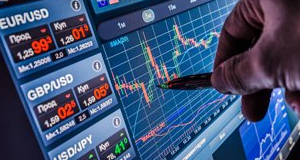 Equities went from bad to worse yesterday as a series of negative stories hit market confidence.

European markets lost ground in early trading thanks to the warning from Dr Anthony Fauci, a health advisor to the US government, who said the rate of new Covid-19 cases in some US states was ‘disturbing’. In the past few days, there has been an increase in the number of infections in various US states, but it hasn’t had a major impact on the markets. The comments from Dr Fauci really influenced traders and that set the tone for yesterday’s session. The health expert added that states that are experiencing a rise in the number of Covid-19 cases might not need to go into absolute lockdown, so the outlook was not overly negative.

It was later announced that the US are eyeing imposing tariffs on $3.1 billion worth of UK and EU imports. Items such as gin, biscuits, vodka and beers might be set for levies. Last year, the World Trade Organisation ruled that the US can impose up to 100% tariffs on $7.5 billion worth of European goods – it related to the EU’s illegal support for Airbus. In the grand scheme of things, the sums of money aren’t that big, but a trade conflict is the last thing anybody needs at the moment.

The IMF revised its forecast for global growth to – 4.9% for 2020.Two months ago, it was predicting growth of -3%. The negative revision wasn’t a shock as only last week the organisation cautioned about lowering its forecast. The latest IMF outlook still isn’t as bearish as that of the OECD and the World Bank, who are predicting negative growth of 6% and 5.2% respectively.

Sentiment in the markets was already weak and then it was revealed that a number of US states were experiencing a rise in new case numbers, so that sped up the sell-off in stocks. Florida, for example, posted a 5.3% increase in new cases, while the seven-day average was 3.7%. Covid-19 related hospitalisations in Texas jumped by more than 7%, while California posted its biggest daily jump in new cases for a second day in a row. Statistics like these prompted dealers to dump stocks as there were fears this could be the beginning of a second wave of cases.

Apple confirmed it will re-close seven shops in Houston, Texas. New York, New Jersey and Connecticut will require visitors from coronavirus hot spots like Florida to self-isolate for two weeks. News stories like these send out a message that things are going backwards. There are concerns that this sort of behaviour could become common in other US states.

Overnight, stocks in Japan and South Korea lost ground on account of the negative sentiment from the US. Markets in mainland China and Hong Kong remained closed as it is a public holiday.

The risk-off sentiment saw the US dollar pusher higher. In recent weeks, the greenback has attracted safe haven flows. It is worth remembering the currency was coming from a relatively low base, as in early June it had fallen to a three-month low.

Gold was pushed slightly into the red because of the firmer US dollar. The asset has traditionally gained ground when stock markets have come under pressure because it is considered to be a lower-risk asset. Gold is traded in US dollars so the rally in the greenback counteracted its flight-to-quality status.

Oil sold off sharply yesterday as a mixture of health and growth concerns impacted the energy market. The energy market is a good barometer for global demand, and seeing as there are renewed fears of a second wave of Covid-19 cases, it was understandable that oil lost ground. There are creeping concerns that lockdown restrictions could become tougher again, which is why WTI and Brent crude fell. The revised growth outlook from the IMF was a factor in the declines too as demand is likely to dip. Metals like copper, silver, platinum and palladium all suffered greatly too.

At 7am (UK time) the German GfK consumer confidence report for June will be posted and the consensus estimate is -12, which would be an improvement from the -18.9 from May.

The UK CBI realised sales report is tipped to improve from -50 in May to -34 in June. The report will be posted at 11am (UK time).

The US will post a number of economic reports at 1.30pm (UK time). The final reading of first quarter GDP is expected to be -5%. The durable goods report for May is expected to show 10.9% growth, and that would be a big rebound from the 17.7% fall registered in April. The jobless claims reading is expected to fall to 1.3 million from 1.508 million. The counting claims report is anticipated to fall from 20.54 million to 19.96 million.

The results of the US banks stress test will be released and the capital requirements will be in focus. The unemployment rate is currently 13.3%, and there could be a 3% margin of error, so it might even be north of 16%. Keep in mind, in the last stress test, an adverse scenario included a jobless rate of 10%, so things are far worse now. In April, the major US banks set aside roughly $25 billion for bad debts so the system is set to be under huge pressure.

EUR/USD – since early May it has been in an uptrend, but it has undergone a pullback recently. If it breaks below the 1.1168 zone, it could retest 1.1029, the 200-day moving average. Should the wider uptrend continue it might target 1.1495.

USD/JPY – has been driving lower for over two weeks and support could come into play at 106.00. A rebound might run into resistance at 108.39, the 200-day moving average.