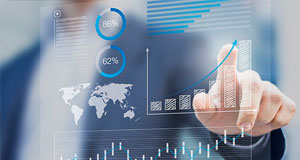 Bullish sentiment returned to equity markets yesterday as decent gains were posted in Europe as well as the US.

In recent weeks, stock markets have been pushing higher as governments have been loosening their lockdown restrictions, and that helped stocks yesterday.

The European session started off on a downbeat note as there were concerns about the potential Covid-19 vaccine, which is currently being tested by Moderna. Hopes have been built up in recent weeks about the treatment, but on Tuesday a report circulated that cast doubt on its effectiveness. The update claimed the report from the human trial lacked critical data to prove its value. Towards the end of the trading session, some of the concerns melted away and the indices on this side of the Atlantic finished firmly higher.

The US equity benchmarks gained ground throughout the session as optimism continued in relation to the economy being slowly reopened. The Moderna share price started out in the red but swung to positive territory after a few hours. By the close of play, it was higher on the session. The stock will be in focus as the second phase of the human trial is expected to start soon.

The World Health Organisation said the number of new coronavirus cases hit a daily record high this week – an easing of restrictions is believed to be the reason for the spike. Stocks is Asia are a little in the red, and European markets are expected to open lower. France and Germany have public holidays today, so volatility is likely to be low in the eurozone.

Traders were clearly in risk on mode yesterday as metals posted impressive gains. Copper hit a level last seen in mid-March, while platinum, palladium and silver all posted gains too. Economies are starting to come out of lockdown, so now we are seeing an increase for natural resources – oil rallied too.

The energy market has undergone a remarkable rebound in the past month. Recent reports from India and China point to increased demand. In addition to that, there have been declines in US oil stockpiles – the API report as well as the EIA update. When WTI turned negative last month, that was partially because of worries about a lack of storage space, but those fears have dwindled.

The minutes from the April Fed meeting – where interest rates were kept on hold – were published last night. The report showed that central bankers expressed major concerns for the state of the US economy, as well as the outlook. Fears of a second wave of the coronavirus were mentioned. The central bankers were worried about the health of the banking system as defaults and bankruptcies are likely to rise.

Andrew Bailey, the Bank of England (BoE) Governor, was speaking in front of UK lawmakers yesterday. Mr Bailey said the possibility of negative interest rates is under active review. The option was not ruled out on principle. The BoE will assess how other central banks have fared with negative rates before making their final decision. Cutting rates below zero would put pressure on already squeezed lending margins at banks, and there is no guarantee that people will want to borrow more. Loose monetary policy has been a popular tool used to try and stimulate economies, but perhaps fiscal policy could be called upon.

A few of the major European economies will post their flash PMIs reports for May this morning. At 8.15am (UK time), the French manufacturing and services figures will be out, and economists are expecting 36.1 and 27.8 respectively. Keep in mind, the readings for April were 31.5 and 10.4 respectively.

The German manufacturing and services reports are anticipated to be 39.2 and 26.6 respectively, and those readings would be an improvement on the April reports, which were 34.4 and 15.9 respectively. The figures will be posted at 8.30am (UK time).

At 9.30am (UK time) the UK manufacturing and services readings will be announced. The manufacturing level is anticipated to increase from 32.9 to 36, while the services update is predicted to jump to 25 from 12.3.

The CBI UK industrial orders expectations for May is expected to slide to -59, from -56 in April. The reading will be posted at 11am (UK time).

US jobless claims are expected to be 2.4 million, which would be an improvement on the 2.98 million posted in last week’s announcement. It will posted at 1.30pm (UK time). At the same time, the Philly Fed manufacturing index will be released. Economists are expecting -40, and the April update was -56.6.

The flash readings of US manufacturing and services PMIs are tipped to be 38 and 30 respectively, while the April readings were 36.9 and 27. The readings will be posted at 2.45pm (UK time).

At 3pm (UK time), US existing home sales for April will be released, and the reading is expected to be 4.3 million, which would be a fall from the 5.27 million registered in March.

Jerome Powell, the Fed chair, will be taking part in the Fed Listens event at 7.30pm (UK time).