USDJPY erased all the impressive gains that led to a 10-month high of 112.21 last week, closing negative for the third consecutive day on Tuesday and marginally above the 110.00 level.

The 20-day simple moving average (SMA), which is also the middle Bollinger band, contained the bearish move and the pair is currently pushing efforts to keep its uptrend off the 104.44 bottom valid.

Technically, the short-term trading could be neutral if the RSI and the MACD remain near their neutral levels. This also implies that the 20-day SMA should keep rejecting downside moves that could initially drive the price towards the 50-day SMA around 109.70 and then towards the ascending trendline. A break below the trendline, which is near the 38.2% Fibonacci of the 104.44-112.21 upleg, would raise concerns about the sustainability of the uptrend, with traders looking next at the 200-day SMA that flattens around the 50% Fibonacci of 108.30.

In brief, USDJPY could perform neutral in the short-term if the 20-day SMA remains supportive. In the medium-term, the higher highs and higher lows are framing a positive picture as long as the market trades above 110.00. 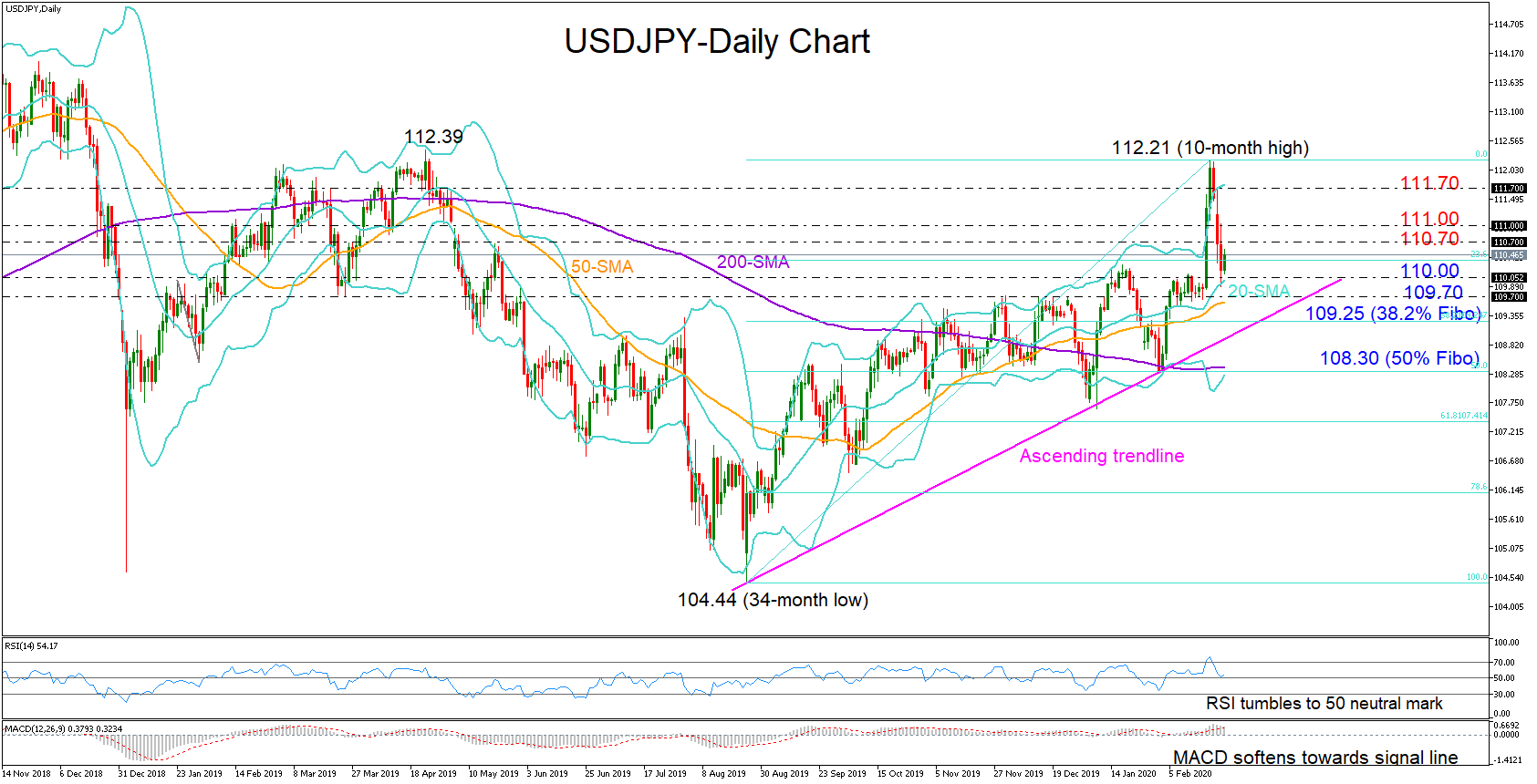