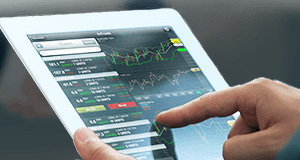 Yesterday’s weakness in equity markets poses an important question when it comes to the recent market resilience in the face of the concerns about the economic effect the coronavirus is likely to have on economic conditions across the globe, but also on company valuations more generally.

The question being asked is whether Apple’s warning, that it might miss on revenues this quarter, is the canary in the coal mine which finally calls time on the recent optimism on the part of investors, which suggested that the coronavirus slowdown was likely to be a temporary phenomenon, before a strong rebound in the second half of 2020.

The optimism, while well founded, given how resilient markets have been to previous shocks, is predicated on the ability of central banks, as well as governments to deliver on market expectations that they can cushion any downside of what, to all intents and purposes is a force of nature, as opposed to an economic crisis.

This remains the key unknown, can central banks mitigate the effects of something that could turn into a global pandemic, by lowering borrowing costs in the same way, a doctor can prescribe a course of antibiotics to deal with a bacterial infection.

Common sense would suggest that traditional methods of central bank and government support are likely to be more difficult to sustain when confronted with a crisis of this kind.

We are already seeing various auto companies reporting concerns about shortages of parts in their supply chains which in turn could well see production slowdowns, though given yesterday’s disappointing European car sales data, this may well be no bad thing, in the short term.

This rising uncertainty probably helps explain why gold prices have continued to rise, moving back above $1,600 an ounce and posting its highest daily close since 2013 against the US dollar.

As far as economic data is concerned, we are still seeing divergence between the US and the rest of the world, yesterday’s German ZEW economic sentiment survey was an absolute shocker, slipping sharply from 26.7 in January to 8.7, with key elements of the export sector showing particular weakness. By contrast the latest Empire Fed survey saw a rise from 4.8 to 12.1, a nine-month high.

The return of US markets yesterday did see a lower close, with Apple only finishing the day less than 2% lower, well off the lows of the day, which would suggest that for now investors remain largely sanguine about any contagion risks.

This relaxed approach has extended to markets in Asia this morning, and as such we can expect to see markets here in Europe to open modestly higher later this morning, based on optimism that the return of some Chinese industry sectors to work could be the beginning of the end of this particular crisis.

Last month, UK headline inflation hit its lowest levels since December 2016, offering a significant real term boost to consumers at a time when UK political uncertainty was probably at its highest level since the 2017 general election. Yesterday saw average wages data for the same period slip slightly to 3.2%, slightly more than expected but nonetheless still well above the 3% level.

More importantly unemployment remained steady at 3.8% while total employment also rose, rising 180k, the largest quarterly increase since the period March to May 2014.

This suggests that while the economy may have slowed somewhat in the final quarter, employers were still happy to take on extra staff on a full-time basis.

Today’s latest headline CPI numbers for January are likely to see a little bit of an uplift as transport costs rise at the beginning of the new calendar year as rail fare rises get factored in. To offset that we might see discounting by retailers, acting as an anchor, after a disappointing December for retailers saw consumers hold back on spending. Expectations are for headline CPI to rise from 1.3% to 1.7% while core CPI is expected to nudge up to 1.5% from 1.4%.

EURGBP – found support at the 0.8280 area where we had the lows last December. This remains a key support level given its found support here since 2017. We currently have resistance at the 0.8400 area.

USDJPY – continues to find resistance near the 110.20 area, which while it holds will make the US dollar susceptible to further range trading. Support currently comes in at 108.50 and the 107.65 area.