Analysis EUR/USD. The Euro is in a comatose state 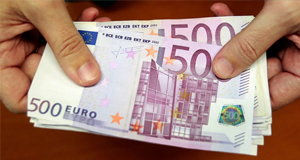 EURUSD is weak at the beginning of another August week and there are reasons to believe that the situation may get much worse. The current quote for the instrument is 1.1090. Last week was pretty stressful for the European currency due to strengthening of the USD, weak number form the Euro Area and Germany, and rather mixed comments from the German government.

The Euro Area GDP added only 0.2% q/q in the second quarter of 2019 after expanding by 0.4% q/q the quarter before – no one expected such insignificant improvement. In this case, negative contribution was made by unimpressive numbers from Germany: its economy lost 0.1% q/q over this period of time, thus triggering more fears of possible recession and slowdown in Germany among market players.

However, as for slowdown, investors very quickly got signals, which helped the situation reach stability: the German government along with the German Federal Ministry of Finance said that they were ready to settle for the budget deficit if the country’s economy started falling into a recession. This was a pretty bold statement, which meant that the German authorities were really getting ready to stand against recession. It’s good for the Euro.

This week will not feature many important numbers for EURUSD. Investors should pay attention to the Meeting minutes from the Fed, ECB, and RBA, as well as several reports on the US real estate market. In addition to that, Jackson Hole Symposium will start on Friday – sometimes policymakers make interesting announcements there.

Let’s be pretty clear – right now, it wouldn’t take more than one careless remark or statement to make the European currency plunge much deeper.