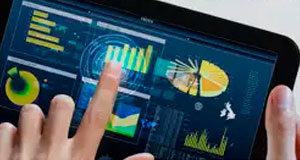 European markets got off to a positive start to the week yesterday, as did US markets however the gains were limited by concerns over the durability of the US’s immigration deal with Mexico, as well as the prospect that we could see tariffs go on the remaining $300bn of Chinese goods by the end of the month.

This threat was spelt out by President Trump when he said the tariffs would go on if President Xi didn’t show up at this month’s G20 meeting. In a sign that the US President may well widen the scope of his trade war he also suggested that the US would start looking at measures to address the issue of tariffs on wine, particularly French wine. As if the EU didn’t have enough on its plate with respect to the prospect of auto tariffs it now looks as if the US may be gearing up to widen the scope of its tariffs on EU goods.

While equity markets managed to push their way higher there was further evidence yesterday that economic activity was continuing to slow. China’s latest trade data showed that domestic demand remained weak, while in the UK the latest manufacturing data in April saw a sharp slowdown in economic activity as car manufacturers brought forward their summer shutdown periods as a precaution against a “no deal” Brexit.

This saw economic activity nosedive with a decline of 3.9%, which in turn caused the UK economy to contract by 0.4% in April. This disappointing start to Q2 has raised the prospect that, despite an impressive Q1, the UK economy could stall this quarter.

This slowdown in the UK economy contrasts rather starkly to recent comments from both Andy Haldane, and Michael Saunders from the Bank of England who have both stated in recent days that rates may have to rise sooner that markets expect. This seems somewhat wishful thinking on the part of both of them, and certainly contrasts to the way markets see rates going in the next 12 months.

The pound has remained under pressure as the bunfight over the next Conservative party leader got under way yesterday, with ten contenders throwing their hats into the ring. Boris Johnson remains the early favourite, though other contenders appear to be doing their best to shoot their own prospects down in flames. Both Michael Gove and Jeremy Hunt haven’t done themselves any favours in the past few days, courting controversy on weekend television.

The contest certainly appears to be Boris’s to lose with markets becoming increasingly nervous at his insistence that the UK would leave the EU at the end of October, deal or no deal.

Having seen manufacturing activity fall sharply in April there is a concern that wage growth could start to go the same way as the economy slows. Having come in at 3.3% for the last three months there is a sense we could start to slip back, with expectations of a softening to 3.1%, for the three months to April. The unemployment rate is expected to remain unchanged at 3.8%.