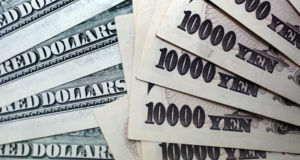 Japan reported second quarter GDP with a revenue of about 0.2% year-on-year, missing the 0.7% surge observed, and a flat quarter-on-quarter pace, quite below the 0.2% soar expected, with the figures weighed down by sluggish private consumption as well as net exports.

There’re some upbeat signs in capital investment but traders need to watch the developments because corporate revenues are being flat now in light of the appreciation of the Japanese yen.

Consumer spending, accounting for approximately 60% of the GDP, edged up 0.2% on quarter compared to a 0.1% dip observed, although that did little to raise spirits. Private consumption remains mostly flat.

In order to spur growth earlier this year Japan put together an economic stimulus package worth of ¥28.1 trillion, including ¥7.5 trillion in real fiscal spending over the next few years.