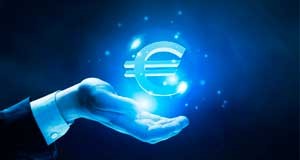 The dollar continues falling against the euro after the Fed meeting. EU statistics is an additional driver for the growth of the pair EUR/USD. Month earlier sentiment in the economy amounted to 104.6 points against 104.4 points in July. Analysts had forecast a decline to 103.5 after the British referendum. It is worth recalling that the ECB President Mario Draghi last week made it clear that the central bank is ready to further stimulate the economy, in case the economic indicators pointed to that.

After a failed breaking attempt of the “bears” through the lower boundary of the consolidation the euro showed growth. The RSI on the daily chart shows growth above the trend line, indicating a possible continuation of the upward movement. Thus, the forecast EUR/USD suggests price growth in the area of 1.1150, which is expected to consolidate. Break the top of the consolidation of the border will be a signal to continue the correction to 1.1250.

Had price deflection issued with them reported several times, the XAUUSd pair already have 150 pisps movemebt nd they did not fixed it,