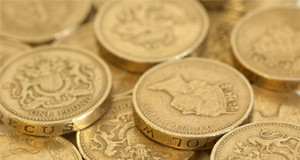 Economic indicators of the UK show a decline after the referendum. Purchasing Managers’ Index (PMI) shows a widespread decline, indicating the economic slowdown in the country. The manufacturing PMI dropped from 52.1 in the previous month to 49.1 in July. The PMI in the service sector was recorded at 47.4 level in comparison to 52.3 a month earlier.

Additional pressure on the pound is given by retail sales data, which fell by 0.9% on a monthly basis by both the basic and general indexes under the influence of fear before the referendum, and bad weather.

The GBP / USD currency pair is still traded within the outset near the lower boundary of the descending channel. The RSI shows no certain direction. The strong support level is located in the area of 1.30. The GBP / USD forecast for the week considers the prices rebound up, but growth of sterling is limited by the level of 1.3450.