The Russian Foreign Exchange: How Have Recent Events Affected Prices? 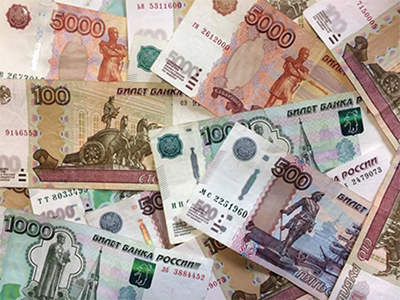 With the current state of the foreign exchange market, there are many people that are hesitant to invest in international currency, particularly those that are struggling at this time. But with a number of changes on the horizon not only in the UK but internationally could 2020 be the prime time to invest in Russian currency? In this article, we will be looking at the last 6 months for the Russian economy and how the price of the Ruble has suffered as a result.

When looking at the relationship between oil and international economies, it is clear to see that some economies such as the US and the UK benefit from low oil prices whilst others such as Russia suffer. This is because more than 60% of the exports from Russia is oil and gas. This is an issue for the Ruble as this provides more than 30% of the country’s gross domestic product. Because of this, the price of the Ruble and subsequently the economy in Russia has suffered. This is an issue for many, as the decline in the value of the Ruble can also take its toll on imports.

With the main imports of Russia being soybeans and rubber, this sharp increase in import prices has led to a vast amount of inflate-on within Russia. This has only worsened since 2014, as sanctions from the west have led to even tighter restrictions on both imports and exports as a result. This has led to a further reduction in the value of the Ruble, having further negative effects on the Russian economy.

The Impact Of Sanctions From The West

Since the Russian takes over on Crimea in 2014, Russia has seen a number of sanctions from both the US and the EU in the biggest East-West confrontation since the cold war. This has seen the sanctions, particularly from the US targeting seven officials and a railway company that connects Russia to Crimea.
In addition to the sanctions placed on Russia by the US. The UK is set to make changes to sanctions on Russia following them leaving the EU. When speaking at the Conservative Party Conference in 2019 he said the following: We will bring into force a UK Magnitsky law, to place visa bans and asset freezes on those individuals deemed responsible for serious human rights abuses. This is an interesting time for UK foreign policy as this is set to be completely revolutionised following the process of them leaving the EU.

With this being said, the EU is still imposing a number of sanctions on Russia at this time. In December of 2019, the EU stated that they would be extending their sanctions until the 31st July 2020. This has already caused a loss of an estimated $70 billion as a result of the financial sanctions with another $400 billion loss in revenue over this time. Though this is an issue that is set to continue for the time being, the sanctions have the potential to be lifted should there be an imminent economic collapse, however, with the news of this extension, this is not set to happen any time soon as the sanctions continue to limit both imports and exports in Russia. However, with a slight increase of 0.5% to the price of the Ruble, there is reason to suggest that the value of the Ruble could become more positive with the Best Forex Brokers In Russia looking for a positive increase to get people trading once again.

The Effect On Tourism

Though there has already been a profound effect on the price of the Ruble and the economy in Russia, there is also the potential for this uncertainty to affect tourism. With the exchange rate on Rubles being anything but positive at this time, this could lead a number of tourists to take their travels elsewhere. This, as well as the drop in value, is, therefore, leading businesses to put their prices up in order to combat rising costs. This is also an issue for holidaymakers, as many are on the lookout for affordable holiday destinations to enjoy.

The Future Of The Ruble

With this in mind, the future of the Ruble and the Russian economy remains uncertain. With the interest rate slowly reducing this will lead to many becoming hesitant to invest. However, this also presents the opportunist with the ability to invest in low prices and higher profit margins. Though this will take time, this could see the prices increase over time. Though the price of the Ruble is looking gloomy at this time, 2020 could be the year that is needed to better its prospects over time.