Analysis EUR/USD. Pair will wait for decisions from the Fed 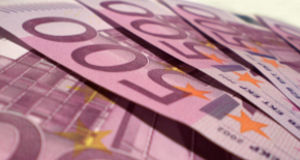 Early in another September week, EURUSD is quite stable; major news and events are ahead.

The major currency pair is barely moving at the beginning of another September week as investors are totally focused on the oil market. The current quote for the instrument is 1.1070.

Only China published several macroeconomic reports this morning; no new numbers are expected from both the USA and the Euro Area.

This week’s major focus will be on the September meeting of the American regulator, which is scheduled to start on Tuesday and last until Wednesday evening, September 18th. The FOMC is expected to cut the rate by 25 basis points. The White House’s pressure is too great for the regulator to continue resisting. Most likely, there will be one more rate cut by the Fed this year, probably in December. The country’s economy is surely in no need of such stimulus right now, but it may happen for political reasons.

After that, the Fed is highly likely to take a long pause and watch the economy both inside and outside the country.

It will be very interesting to check the comments that follow the meeting: if there must be any hints at future fiscal measures, the comments will have them. For the USD, the rate cut will be neutral, just because it is being discussed for several weeks; hence, it’s no news for investors.