Words of Wisdom When Investing in ICOS 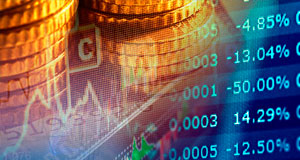 An initial coin offering, better known as an ICO, is similar to an initial public offering but has a few differences due to the cryptocurrency aspect of such offerings and there aren‘t as many regulatory hoops to jump through, which can make these offerings attractive to investors. As with any other form of investment and/or venture research is vital. So whether it may be learning about CFD trading at City Index or taking up an opportunity of an ICO, it is strongly advised to do your homework.

Simply put, an ICO is a fundraising method used by a company to attract investors; in which they will release their own digital currency in exchange usually for Bitcoin or other cryptocurrencies. This is done in an effort to gain the attention of those investors who are looking for the next big crypto to invest in.

One of the most important things you must do before deciding to invest in any ICO is to look at and analyse the team who is behind the offering. If it is a good campaign there will be a lot of info on the people involved, any developers, executives and advisors. You should then be able to research these individuals and see what they have been involved in before. If you feel like something isn’t right or the team seems anonymous or in fact there is little information out there, you are best steering clear of the offering.

Every ICO has to have a white paper, which details all the information about the project, all the way from the formation of the idea to the technical execution of it. Make sure that the white paper is not just filled with a lot of meaningless jargon and actually contains information on the names of the development team and their advisors, the proof of concept, how much money is to be raised, the market it is targeting, a roadmap for the future, whether blockchain is necessary for the projects and other factors such as the number of tokens and timeline for distribution of them.

When researching which ICOs to invest in a useful tool is the web and the online forums you can make use of. Bitcointalk is one of the biggest forums out there for discussing bitcoin and other cryptos. When it comes to the release of new ICOS you can guarantee that they will be discussed here, and announcements made, so you can read through the opinions of experts and also see how responsive the developers are. If you are considering investing in an ICO that is not mentioned on here at all, then don’t do it.

Also, it is vital to ensure that you don’t risk everything you have in one ICO. If you do this and it doesn’t turn out as you would have hoped, you will have wiped out your whole bank and probably have nothing to show for. It is a volatile market that is not worth risking everything you have on. However, if things do go well once you have invested don’t then rush into selling at the first chance you get. If you have been prepared to take a risk initially, then give your investment some more time to see what happens as you could end up with a very big return.

As with any form of investment, ICOs are no different in that you must not invest any money you cannot afford to lose.