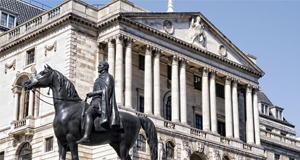 Today we’ll get to see the details behind the much-trailed US, China phase one trade deal, and while the trade truce is welcome with no surprises expected, reports that there will be no reviews of the deal until the phase one agreement has been running for at least ten months, saw US stocks slide back into the close, despite better than expected earnings announcements from US banks.

This of course means that the for all the optimism that the conclusion of a phase one deal, would mean that progress would begin on a phase two agreement was somewhat misplaced. The realisation that progress on this wouldn’t happen until after this year’s US Presidential election on November 3rd was not particularly well received.

While on the one hand, the risk of further escalations has now gone and is to be welcomed, tariffs are still higher now than they were two years ago, and in the short term are unlikely to come down, meaning that as far as China and the US is concerned, this is as good as it gets, until well into 2021.

This realisation on the part of US investors, that any further progress on trade was unlikely until well into next year, sent US markets into retreat after another day of record highs, to close more or less flat on the day.

As a result of this late weakness, markets in Asia have slipped back with the result that markets in Europe are likely to open slightly higher this morning.

The pound enjoyed a welcome rebound yesterday, after five days of losses against the US dollar, sent it below the 1.3000 level for the first time this year. Speculation over an interest rate reduction at the end of this month, along with recent weak economic data has helped to undermine sentiment in the UK currency in recent days.

While talk of a January cut seems premature, two Bank of England MPC policymakers are already in favour of such a move, and weekend comments by Gertjan Vlieghe that he was also leaning in that direction has stoked speculation that others may well feel that way as well.

One of the policymakers who favours a rate cut is Michael Saunders, having voted that way for the past two meetings, and as such his speech in Northern Ireland today might well offer further clues to his thinking.

In terms of recent UK data, there is no question it has been on the soft side, however headline inflation is still fairly steady, above the level in the EU and below US levels, while wages growth is solid at well over 3%.

Today’s headline CPI numbers for December are likely to show that price pressures remained steady at 1.5%, with core prices at 1.7%. On the RPI measure prices are above 2%, expected to come in at 2.3%, which would suggest that all told there is little risk of deflation, and that it would probably be sensible to wait and see further December data, as well as what the new government intends to do on the fiscal side, before cutting rates.

Today’s Beige Book survey for December could well reinforce that confidence. It’s usually a decent bellwether of how optimistic US businesses are about the economic outlook. It’s also important to note that Q1 tends to be a weaker quarter for the US economy, and while November showed that US businesses were growing modestly, there was some evidence of economic stress with slowdowns in hiring and some small trucking companies going out of business due to a lack of work. Investors will be looking for evidence as to whether this trend has continued, given recent weakness in manufacturing and slowdowns in hiring.