The pegged HKD and how does it impact the economy 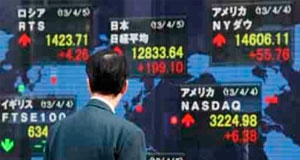 Having a currency pegged means that its value is derived from another metric or currency. This could be exchange rates, or in many scenarios, it might be the US Dollar. A dollar peg is essentially when a currency maintains its value from a fixed exchange rate to the American dollar.

Hong Kong had the Hong Kong Dollar (HKD) pegged to the US dollar since 1983. This doesn’t mean it cannot fluctuate at all. It does move, but it stays within the HK$7.75 to HK$7.85 area per US dollar. The main reason for these tiny fluctuations is when US interest rate policy doesn’t match up to Hong Kong’s. A good example of this was that in 2018, the US rose interest rates, creating more of an incentive to sell HKD for USD in order to benefit from higher yields.

This doesn’t mean that Hong Kong does what it wants, regardless of America. Quite the opposite, they try their best to mirror the Fed. Since the 1980s when it was implemented, the currency peg helped stabilize things in Hong Kong. Hong Kong, after all, is a small but dense hub of financial firms that rely on such stability.

Benefits of a pegged currency

A pegged currency has the potential to really help a country out regarding its exports. If a country builds its growth upon exporting, its currency will inevitably rise. The more goods sold abroad means the greater demand for that currency, which pushed the price up. Additionally, the overall positive state of the economy might be good for business, which will attract capital and ultimately pressure the local currency up.

This might sound good, but it’s actually going to balance out some of the exporting they’re doing. The costlier currency might be great for local consumers buying imported groceries, but it’s making exports more expensive. A pegged currency can sometimes offer a scenario in which you reap the rewards of all the exports, whilst maintaining a cheap currency. This is what Trump meant when he called China a currency manipulator, because he believed they were artificially devaluing the currency to maintain high exports.

It’s one thing to talk about the economy as a whole, but does currency affect citizens differently? Well, a strong currency tends to be good for consumers, and a weak one tends to be good for businesses. This isn’t always true, and the benefits of the economy at large also benefits all citizens (albeit to varying degrees), but it’s worth viewing its different impacts.

A currency peg is particularly beneficial to expats in fact. When living abroad and receiving your income in a foreign currency, all you really want is certainty for your currency transfer. You want there to be as little fluctuations as possible, because this could really devalue your salary. This is even more pertinent if your salary is in US dollars, of course, as you know that it will be safe in relative terms. In fact, this may be the main factor in upholding the salary of many expats in Hong Kong right now, who would otherwise be witnessing drastic volatility in a very unstable environment.

Why is the HKD-USD peg in question?

There is a lot of news circulating, speculating on whether the peg will rupture. With such unrest and protests in Hong Kong, there’s a significant amount of uncertainty. With obvious issues for the economy that this is bringing, such as an imminent recession, Hong Kong’s Central Bank (the Hong Kong Monetary Authority) has no freedom to react.

In such an event, where for example house prices are speculated to crash, it’s normal for a central bank to lower interest rates. This can make borrowing cheaper, spur on business investment, make it less appealing to save so demand and spending rises and so on. All of these ways to help smooth over a recession is not possible for Hong Kong, because it has to mirror the US Monetary Policy. Likewise, if Hong Kong were to look for FDI, capital inflows and a strengthening of their currency, they would hypothetically increase the HIBOR rate. Ultimately, currency responds to interest rate changes, and Hong Kong has not got this tool in its arsenal.

The local lenders, however, still have some level of freedom, who have recently raised the prime rate for the first time in a decade. With the notoriously hot housing market beginning to cool off, an unstable political environment and an economy in a very precious state, many commentators believe that Hong Kong needs its dollar peg now more than ever, before investors release their money from the economy.