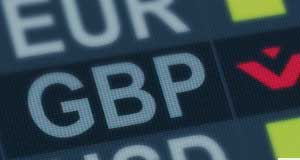 On Monday, the British pound corrected down after outstanding growth on Friday. On the daily chart, nothing threatens the continuation of growth after the completion of the current correction, the growth target is 1.2540 – the area where the Fibonacci level crosses 161.8% in the price channel line.

The signal line of the Marlin oscillator bent down, which could indicate a continuation of the correction today. 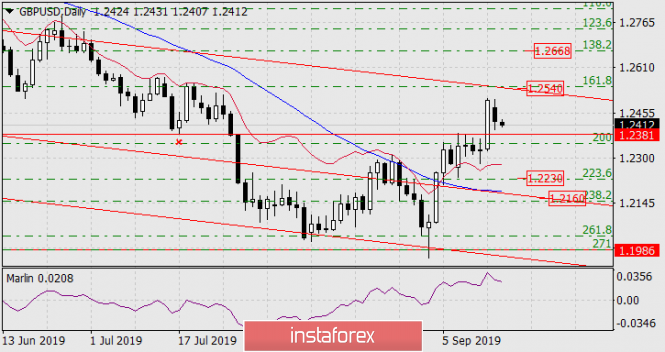 On the four-hour chart, the signal line of the Marlin oscillator went into the negative zone, we are waiting for the completion of the correction in the range of the MACD line and the low of July 17: 1.2355/81. Consolidating the price under the indicated range can send the price down to 1.2230 and 1.2160, and the price drift even lower, at 1.2160 will open a new chapter in the medium-term decline of the pound. Tomorrow, the Fed will announce a decision on monetary policy, today is a day of expectation, even the indicators are generally in a neutral position. 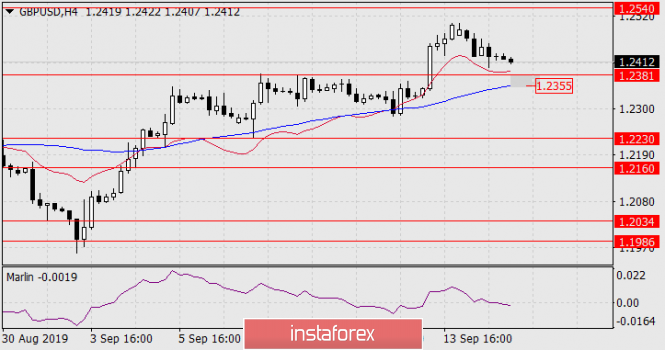