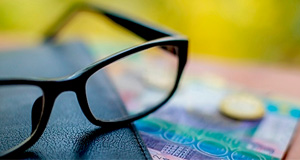 It was an uneventful day yesterday on the equity markets.

European indices largely closed higher on hopes the European Central Bank (ECB) will reveal an interest rate cut on Thursday, and there is speculation about a stimulus package too.

The ECB have motivation to loosening monetary policy. Germany is the power house of Europe and the economy contracted in the second-quarter, and there is talk of a recession. The Fed already cut interest rates in June, and there is speculation about a further cut later this month, so the ECB might want to make the first move. Given that the base rate is 0%, and the deposit rate is -0.4%, the bank might not want to move just yet, as they might wish to hold fire in case things get a lot worse.

US equity markets were a mixed bunch as the Dow Jones registered a small gain, the S&P 500 was essentially flat, and the NASDAQ 100 ended the day slightly in the red. A lack of major macroeconomic news led to a relatively small trading range in US markets.

Sterling saw low volatility yesterday despite good economic reports from the UK. The unemployment rate dropped to 3.8%, which is on par with levels of unemployment in the mid-1970. Average wages excluding bonuses cooled to 3.8% from 3.9%. People are jobs and they are getting a decent increase in wages. Judging by retail updates in recent months, it is clear that some people are curtailing their spending on account of Brexit.

For much of yesterday the oil market was driving higher as the energy’s bullish run was extended. The new Saudi energy minister expressed hope the OPEC+ oil production cuts would stay in place. The positive move was interrupted when President Trump fired John Bolton as the national security adviser. Traders took the view that an US-Iran war seems less likely now that Mr Bolton has left the Trump administration, and that triggered a decline in the energy market.

Gold tumbled yesterday as traders trimmed their positions in the commodity. The metal was one of a number of safe havens that benefitted from the turmoil in stock markets at the height of the recent US-China trade spat. Now that the fear factor has cooled a little, we saw a drop in gold.

At 1.30pm (UK time) US PPI will be posted. The headline reading is tipped to be hold steady at 1.7%, and the core reading is expected to edge up to 2.2% from 2.1%. The core reading is deemed to be a better gauge of underling demand at the factory level, and it might give us an indication about CPI in the months to come.

At 3.30pm (UK time) the Energy Information Administration report will be posted, and the consensus estimate is for US oil stockpiles to drop by 2.6 million barrels, and gasoline barrels are expected to fall by 900,000 barrels.

GBP/USD – last Tuesday’s daily candle has the potential to be a hammer, and if it holds above the 1.2200 area, it might bring 1.2400 into play. Support might be found at 1.1900, should the wider bearish move continue.

EUR/GBP – the weekly candle from mid-August appears to be a bearish reversal, and if the downward move continues it might target 0.8872. A rebound in the currency pair might bring 0.9200 into play.