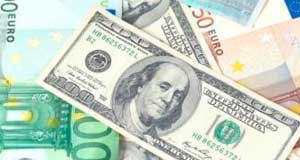 At the end of the week pair EUR/USD traded with no particular direction. The absence of major macroeconomic reports this week did not allow market participants to determine the direction of further movement.

At the end of the week the European currency is near the upper boundary of the descending channel that provided in the forecast EUR/USD, but before the pair had shown correction. The RSI on the daily chart indicates a potential for further growth, but that would take a breakdown of a strong level 1.12 for the “bulls”. Thus, FOREX forecast EUR/USD on the week suggests an attempt to go beyond the euro downtrend channel (the main target for the growth at the level of 1.13). Unsuccessful breakdown level of 1.12 will show to rebound prices down after the test the upper boundary.