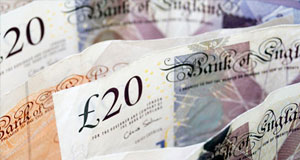 On Wednesday morning, GBPUSD intends to recover despite weak statistics.

The British Pound is still correcting against the USD. The current quote for the instrument is 1.1831.

The statistics published yesterday showed that the CBI Industrial Order Expectations dropped to -29 points in March after being -18 points in February and against the expected reading of -38 points.

The preliminary report on the Manufacturing PMI showed 48.0 points in March after being 51.7 points in the previous month and against market expectations of 45.1 points. The Services PMI plummeted by much more, down to 35.7 points after being 53.2 points and against the expected reading of 45.0 points.

So far, only one of the three reports was much weaker than expected. However, for the tertiary sector is okay: due to quarantine restrictions, the country’s population stays at home, so the final reports on these indicators might be even worse.

Later today, the United Kingdom will continue publishing the statistics. This time, it will be the CPI and the Core CPI, the PPI Input and Output, the RPI and the HPI. All these reports are for February, that’s why might be significantly outdated.