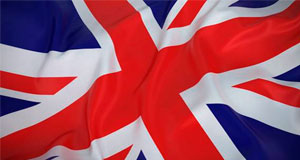 A number of factors have come together to spark today’s advances. Mainland China markets kicked off the rally with Shanghai and Shenzen both gaining over 2% gains as confidence improved after the China Securities Regulatory Commission sacked its head, Xiao Gang after his circuit breakers and other measures apparently caused more problems than they solved.

Oil has been rallying this morning amid rumours of another US-Russia deal for a truce in Syria. A pause or end in hostilities between the sides backed by different oil producers could pave the way for co-operation on the production side. On the other hand, the International Energy Agency indicated today that the upside for oil remains limited because even with US shale production expected to decline this year, the glut of supply in the world oil market is likely to continue into 2016.

Big gains for crude oil to start the week with WTI up 3.4% and Brent up 3.1% are also helping to boost market confidence, particularly in the energy sector while a 1.9% gain for copper has miners in rally mode as well. Gains in these sectors along with a falling pound have helped the FTSE to advance this morning and may also boost the S&P/TSX in Canada today. Rising commodity prices have also sparked renewed interest with copper driving AUD higher while oil has sparked rallies in CAD and RUB. NOK, on the other hand has been underperforming dragged lower along with EUR, GBP and with other European on growing EU uncertainty.

After years of rumour and speculation, the question over whether Britain will remain in the EU or go its own way is set to come to a head over the next few months. Over the weekend, UK PM Cameron agreed to a deal with the EU designed to keep the UK in the union announced a referendum on whether to stay or go for June 23rd. It’s all real now, there’s a deal to vote on, a date set and politicians are starting to pick sides. While PM Cameron is leading the stay side as expected, popular London Mayor Boris Johnson has declared for the Brexit side.

Weekend events suggest that the vote could be very closely contested and GBP has been trading sharply lower this morning because a close contest means that the Bank of England is unlikely to take any action in the next several months. Today’s trading action which also sees EUR, CHF, NOK and SEK all trading down against USD as well means that continental Europe is unlikely to sail through this period of uncertainty unscathed either.

As the campaign ebbs and flows over the next four months, we could see higher volatility in UK and European markets, with the biggest impact likely in the days immediately surrounding the vote and probably bigger in currencies than stocks.

In economic news, flash manufacturing and service PMI reports overnight and this morning for Japan, Germany and France have generally come in below expectations. This has put pressure on JPY and also may be weighing in EUR while helping to boost stocks as it keeps the pressure on the ECB and JPY to increase stimulus even more (although it also raises the question of what additional stimulus could actually do given that the current massive amounts of stimulus don’t appear to be helping as much as hoped).