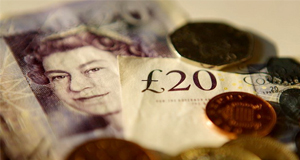 UK currency attempted to recover some ground over the past week, but failed to overcome the 1.4400 mark. UK retail sales surprised the market to the upside, but the fears of Brexit are dominating the scene. Cable fell below 1.4300 on the increased volatility.

If the compromise decision will be found, GBP/USD will get the chance to grow towards the 1.4500 mark. However, we recommend selling the pair from these levels. If there is no decision on the table, the British currency will extend the decline on the new week. Break below the 1.4230 mark will open the way for a decline to 1.4080.

Economic calendar for the new week is rather light. The only event to watch is the second estimate of the US Q4 GDP on Thursday. According to the preliminary estimates, the economy rose by 0.5% during that period.