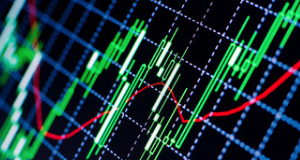 While the S&P500 and Nasdaq managed to end a three-day losing streak, European markets have been slightly more resilient this week, although they have also been susceptible to their own downs and ups these past few days.

It’s still proving to be extremely difficult to define a direction, however due to last night’s resilient US performance markets here in Europe look set to open slightly higher, with the FTSE100 looking to open at its highest levels in over a month.

Inflation risk remains a clear and present concern after China PPI in September moved above 10% to its highest level in over 25 years at 10.7%, although CPI was more subdued at 0.7%.

Yesterday’s US CPI numbers, which came in more or less in line with expectations, prompted a bit of a selloff in the US dollar, as well as a flattening of the yield curve as US 10-year yields fell back, and an US 2-year yields popped higher.

With yesterday’s Fed minutes now out in the open, the nature of the discussions appears to suggest that tapering will begin before the end of this year, with the only debate as to whether it will start in mid-November, or mid-December. There was some disagreement about how quickly the taper should be implemented, however the most likely outcome would be something along the lines of $5bn a month in mortgage-backed securities and $10bn a month in US treasuries.

Given the weaker than expected jobs report it would seem more likely that they would probably start in mid-December, with an announcement at the November 3rd meeting, just before the October jobs report, which is due 5th November.

Fed officials did acknowledge that the higher levels of inflation, while being driven by the various supply chain blockages, would probably be significantly more persistent than was previously envisaged. These disruptions, along with the increase in energy prices is likely to keep inflation expectations elevated for quite some time to come, a trend that markets appear to be underestimating.

While US CPI numbers have remained fairly steady at 5.4% these past few months, and core CPI has slipped back from peaks of 4.5% to 4%, the same can’t be said for US PPI numbers which have risen steadily month on month, hitting a record high of 8.3% in August. A further gain to 8.7% is expected in today’s September numbers, while core prices are also expected to rise from 6.7% to 7.1%.

For now, stock markets don’t appear to be unduly concerned, with risks to the downside currently contained, although we are now starting to see signs of some companies becoming increasingly concerned about demand destruction.

Yesterday’s warning from US carrier Delta Airlines, that higher fuel costs could push them back into losses in Q4 could well be the thin end of the wedge, unless the current rise being seen in energy prices starts to slowdown and reverse.

On the jobs front the latest weekly jobless claims numbers are expected to see another modest decline, from 326k last week to 320k. Despite the fall in the number of weekly claims there appears to be precious little evidence that we are seeing a proportionate return to the work force to compensate for the lower number of claims.

Having set the bar quite high yesterday, with JPMorgan’s latest numbers it’s the turn of Citigroup today with their Q3 numbers. With JPMorgan boosting their profits yesterday with $2.1bn with the release of loan loss reserves, investors will be looking to see similar action by Citigroup, as they did in Q2. Markets will also be looking for any similarity in trends when it comes to demand for loans and spending.