Markets overview. US jobs disappointment set to shift to inflation outlook this week 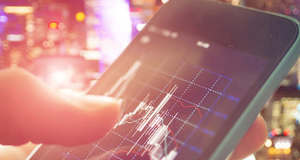 Even though European markets closed lower on Friday, they still managed to finish the week higher, as did US markets, after what was a rather disappointing US jobs report, as we look forward to a week that sees US earnings season get underway in earnest, and where guidance is likely to be just as important as the headline numbers themselves.

We also have to contend with concerns about how a continued rise in energy price and supply chain pressures may well impact profit margins, at a time when consumer incomes may well get squeezed even further as we head into winter.

With no further US jobs reports between now and the next Fed meeting, expectations were high that last week’s September number would be the final piece of the jigsaw for the Federal Reserve to start the tapering of its $120bn a month asset purchase program, when it meets in a few weeks’ time.

At the time of his post meeting press conference last month, Powell even said that an even-half decent jobs report could be the final piece of the jigsaw for tapering to start in November, with the potential to be all done by the middle of 2022. At the time this of course begged the question as to what would define a “half decent jobs report”, something that this weeks Fed minutes might shed some light on.

With the various stimulus benefit measures coming to an end on 6th September expectations were quite high that after the disappointment of August, and with nearly 11m vacancies in the US economy that we’d see a strong rebound in hiring as the schools returned and people returned from their vacations.

That this didn’t happen, and we got the weakest jobs report this year at 194k, despite an upward revision to August to 366k, suggests that the recovery in the US labour market appears to be running out of steam, despite the unemployment rate falling sharply from 5.2% to 4.8%. It’s certainly hard to categorise last Friday’s report as anything like half decent, given how many jobs the US economy is shy of full employment. It’s extremely disappointing, however it probably won’t alter the Fed’s glide path too much when it comes to tapering.

While on the face of it an unemployment rate of 4.8% is a reason to celebrate, the size of the workforce is also smaller, sinking back to 61.6%, over 2% lower than pre-pandemic.

There still appears to be an expectation that October will see a catch up in hiring trends, and that various problems in September have merely delayed a return to work in key sectors like education and the care industries, with the strong ADP report of 568k helping to reinforce that away from these sectors hiring still appears to be solid.

Despite this expectation some on the FOMC might be a little nervous about why US jobs growth appears to be slowing sharply, and while it may not delay a taper, it certainly makes it much more difficult to make the case for an early rate rise, even with sharply rising prices, as well as wage growth which also appears to be looking solid.

This inflationary aspect may help explain why we saw US year yields push higher after a brief dip, in the wake of last week’s numbers, following a global pattern of rising yields last week which appears to suggest that markets think that central bankers may have to hit the brakes on rising price pressures, sooner rather than later. With US and China CPI and PPI due out later this week, this inflation dog may well start to do more than just bark, and actually begin biting quite hard in the months ahead.

These concerns appear to be being articulated much more loudly in recent weeks, with the Bank of England becoming much more vocal in recent days.

External MPC member Michael Saunders warned over the weekend of this very concern saying that markets were right to start betting on faster rate rises, due to surging energy markets and labour shortages.

He isn’t alone in thinking along these lines either after new Chief economist Huw Pill voiced concerns over longer lasting inflation, something that the UK tends to be especially vulnerable to, while Governor Andrew Bailey also appears to be leaning in that direction as well.

EURUSD – has continued to struggle, hitting a 14-month low last week, with the 1.1450 area, the next key support. Last week’s high at 1.1640/50 is resistance with 1.1760 behind that, and while below the bias appears to suggest further weakness.