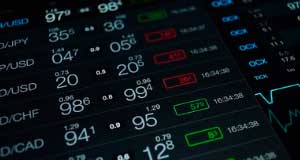 Turnaround Tuesday may have been an apt description for markets in Europe yesterday, however the performance of US markets was much less exuberant, with the S&P500 and Dow both closing the day lower, after initially looking as if they were going to follow suit and post a decent rebound.

That failure to recover even some of Monday’s losses is a little bit concerning when it comes to the general buy the dip narrative, although US futures are now positive again. The US dollar finished the day broadly unchanged.

In Europe the recovery was much more robust, with the FTSE100 briefly managing to retake the 7,000 level before slipping back again, while the DAX and CAC40 also managed to post decent gains.

There appears to be an acceptance that an Evergrande failure is more a matter of when and not if, and the real question is how any fallout is managed, with the focus now on tomorrow’s overseas bond payment deadline, after the company missed some loan repayments earlier this week. The picture on this remains uncertain after a vague statement this morning from its Henga unit that it had reached an agreement on some of its domestic bond coupons, however there was no mention on its US dollar bond payments. The People’s Bank of China also injected extra liquidity as mainland China markets returned from their break.

Despite this injection and the return of mainland China markets, Asia markets have still seen a negative session, however the losses have been modest, suggesting sentiment may be stabilising, while the Bank of Japan left monetary policy unchanged.

Today’s European open looks set to be a positive one after yesterday’s rebound, with the main focus now shifting towards the Federal Reserve monetary policy decision, although concern over Evergrande remains.

More importantly, with Chairman Powell due to speak later, investors will be looking to determine whether recent events around surging energy prices, and Evergrande, have altered the prevailing narrative, that until a week ago, had been very much that this meeting was a waypoint on the way to the September payrolls number, which is due on October 8th. A decent number in October would more or less set in motion a timeline to the start of a tapering of asset purchases in either December or January.

Just prior to the August payrolls report being released there was a widespread expectation that today’s meeting would be the opportunity for the US central bank to signal the start of just such a program of reducing the amount of its $120bn a month bond buying program.

A monthly number of 235k put paid to that narrative, however it doesn’t mean that a tapering of bond purchase won’t happen, it just may take a little while longer to unfold, with most of the smart money on it starting in December.

The reality is there is little reason why it couldn’t happen sooner given where the US economy is now, relative to where it was in December last year. If the ECB can start reducing the amount of its PEPP program there is absolutely no reason why the Federal Reserve can’t follow suit, despite the poor August report.

There is little sign that any of the so-called hawks on the FOMC are starting to dial back their expectations of a reduction, despite the recent mixed messaging from Dallas Fed President Robert Kaplan.

The fear is that the Federal Reserve is becoming too complacent about rising inflation risks, especially with consumer prices already at its highest level since the early 1990’s.

With many of the Fed members who are calling for a scaling back of bond purchases being voting members next year, the timing of a taper still remains very much a matter of when and not if. In other words, December, or possibly later. Attention will also be focussed on the dot plots in order to determine whether any more Fed members have moved up their expectations of the first increase in interest rates, with further dots getting moved into 2022 likely to send a very hawkish signal. In the June meeting there were 7 dots indicating a rate lift off in 2022, so an increase there could well be viewed as hawkish and could also signal a faster taper. A move the other way would obviously be construed as dovish.

The one fly in the ointment given the risks emanating from events in China is whether the Fed adopts a less hawkish stance tomorrow in order to buy itself some time until the situation becomes clearer.

EURUSD – holding above the 1.1700 level for the time being, with the main support at the August lows at 1.1660. The lack of follow through suggests we might see a rebound back towards last week’s peaks at 1.1845, however we also have resistance at 1.1760.

EURGBP – squeezed back above the 0.8560 area, which now acts as support, and opens the prospect of a move towards the highs this month at 0.8610. Still range trading for now.