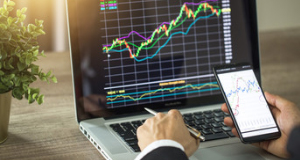 While European markets managed to post modest gains yesterday it is becoming increasingly apparent that there is little in the way of direction for equity markets at the moment.

Investors are increasingly looking for a narrative, whether it be positive or negative to drive the next move, and are coming up empty handed.

That’s not to say there isn’t anything to be concerned about, there are a number of things. Rising prices, debates about whether inflation is transitory, or persistent, whether the global economy is slowing, and whether central banks can look at tapering their bond buying programs, without sending ripples through the market.

While European markets managed to finish the day higher, and US markets closed mixed after initially sliding lower, markets in Asia have also struggled for direction with Chinese markets in particular, under pressure

Today’s European open looks set to be a positive one as we close out a week that has largely seen investors marking time ahead of next week’s Federal Reserve rate meeting.

We have also been looking ahead to next week’s Bank of England meeting, and having seen this week’s economic data it is becoming increasingly apparent that the MPC is going to come under pressure to look at reducing its bond buying program. The big question is whether policymakers have the courage to do so.

They are certainly running out of reasons not to given this week’s unemployment and inflation data, and given Bank of England governor Andrew Bailey’s comments earlier this month it would be a surprise if most members didn’t vote to at least reduce the bond buying program from its current £3.4bn a week.

Today’s August retail sales numbers could well be the next piece of this particular jigsaw, and even with the current concern about the economic outlook there is little reason why the bank can’t reduce the amount of stimulus going into the UK economy.

It is certainly true that UK consumer activity has been much more subdued with the last three months seeing a decline of -1.3% in May, a 0.2% gain in June and a -2.5% decline in July, despite the full relaxation of Covid restrictions, however this slowdown also needs to be set in the context of the three months before that which were very strong indeed.

In part the relaxation of Covid restrictions has had a part to play in the slowdown, as supermarket food sales fell back sharply with the reopening of restaurants and other hospitality venues, nonetheless the last three months have been particularly disappointing when you look at other areas of the economy which appear to have bounced back quite strongly.

Other retail sales indicators have been much more robust when it comes to consumer activity, nonetheless the onset of the school holidays, as well as back to school spending should prompt a much more positive August number for consumer spending the so called “pingdemic” notwithstanding.

It is clear that the rules around self-isolation have contributed to the sharp falls in retail spending seen in July, with the biggest question being whether the relaxation of these rules on August 16th prompted a snapback, as people holiday at home, with expectations of a 0.5% rebound.

We also have the final EU CPI reading for August which is expected to be confirmed at 3%, and a ten year high, with core prices at 1.6%, against a backlog of briefings that the ECB might need to raise rates well before market estimates of 2025. In a report circulating yesterday an internal ECB report suggested that the bank might meet its targets for 2% inflation before that. Such an outcome seems highly speculative and given the ECB’s track record in the last ten years, they’ve struggled to get close to 2%, let alone average 2% over a period of 18 months.

EURUSD – arrived at the 1.1750 level with the potential for further losses towards the August lows at 1.1660. Any short squeeze needs to stay below this week’s peaks at 1.1845 to keep downside momentum intact.

GBPUSD – slipped below trend line support at the 1.3780 area yesterday calling into question upside potential. We could drift back a little bit lower to the lows this month at 1.3725, without undermining the case for further upside. The main resistance still sits up at the 1 3900 area, with a break targeting the 1.4000 area.