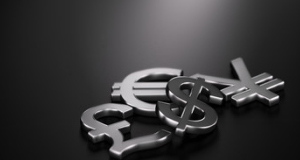 After the shock and surprise of Monday’s rout, which was prompted by concerns that rising Delta virus cases would prompt a slowdown in the global recovery story, European markets managed a modest rebound yesterday.

There was also concern that double jabbed people were also being infected by the variant, which has raised some concerns about the efficacy of the vaccine, however no vaccine is ever 100% effective, and as long as it keeps the infected person out of hospital it will still have done its job.

Yesterday’s US session saw the Nasdaq and S&P500 erase all of Monday’s losses, which in turn has seen a decent rebound for Asia markets this morning.

Because of yesterday’s solid US finish, we can expect to see European markets open a little bit higher this morning, although we still have some way to go wipe out the losses from last Friday’s close.

The past few days have seen the pound weaken quite sharply, largely over concern about the UK recovery story, which has been a victim of recent missteps by the government in terms of communication policy and the economic reopening. How much further the pound falls is likely to depend on whether the vaccine wall holds back the worst effects of the rise in Delta infection rates, in the coming days and weeks. A semi-competent government which can offer clear messaging wouldn’t hurt either.

Having seen the UK economy post its biggest annual post war deficit of over £300bn in the last tax year, 2021 started the same way it finished the last, as April public sector borrowing came in at an adjusted £28.3bn, and an 8-month high.

With the initial easing of this year’s lockdown, the number was a significant improvement than the 2020 April borrowing number which hit an eye watering £47.8bn, however it was still the second biggest April number ever, with the economy still in a partial state of lockdown, though restrictions at this point were starting to get eased.

The subsequent May number of £23.6bn was a further improvement and lower than many estimates put forward at the Budget in March. The improvements have been helped in some part by various businesses returning their furlough money, as well as higher than expected consumer spending.

With the claimant count falling further in June to 5.8% from 6% in May it is highly probable that we could well see further reductions in furlough payments as more businesses bring back employees as restrictions get eased further across retail and hospitality although travel will continue to lag.

As we look to today’s June numbers it’s likely that we’ll see a further improvement to £21.5bn, which again would be lower than the same time a year ago, while tax receipts are also likely to be higher with more businesses open, albeit operating at a lower rate of activity.

Many businesses appear to have adapted well to some of the new ways of operating and while government borrowing is expected to remain high for the rest of the year, there isn’t much in the way of market angst about it, even if we are starting to hear renewed concerns about how it is all going to be paid for.

The biggest worry the Chancellor appears to be facing now is whether the current rise in infection rates starts to crack the vaccine wall that has been erected over the past 8 months, and which if cracked could mark a new wave of fresh autumn lockdowns, just as furlough measures are starting to roll off. The one saving grace appears to be the decline in gilt yields which have fallen from peaks of 0.9% in May to below 0.6% now.

GBPUSD – finding support above the 1.3570 level and February lows for now, with a break below potentially opening a move towards the 1.3100 area. We need to move back above the 1.3800 level to stabilise and minimise the risk of further losses.