Markets overview. Europe set for a pause after yesterday’s declines 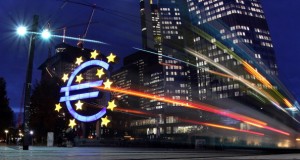 Global markets sank into a sea of red yesterday, thumped by concerns that rising virus cases would prompt a slowdown in the global recovery story.

It wasn’t just a localised sell-off, all major indexes got clobbered, as did commodities, with the FTSE100 posting its biggest one day fall since May and closing at a three-month low. The German DAX didn’t fare much better falling to a two-month low less than a week after posting a new record high.

US markets also fell sharply with the Dow posting its worst fall since last October, while the S&P500 and Nasdaq also finished the day lower.

The US dollar also saw decent gains with the US dollar index hitting a three-month high, as money flowed out of equities into the greenback and US treasuries.

The pound also saw heavy falls, falling to its lowest levels against the US dollar since mid-April, over concerns that the reopening of the economy may well cause more problems than anticipated. The rise in cases could also be prompting some to pare back the prospect of a tightening of policy in the short to medium term if the disruptions currently being experienced across certain sections of the economy get worse.

Yesterday the Prime Minister expanded the list of sectors where employees could be exempt from the normal self-isolation rules in an attempt to ease the concerns about a shortage of staff in certain industries that are considered critical, including people who work in food, water and electricity supply, in the hope that this would alleviate the worst of any disruption.

The sharp rise in virus cases in the UK has prompted the US to put the UK on its do not travel list, dealing a blow to hopes that a transatlantic travel corridor would soon open up.

For so long this year the overriding concern for investors had been that the global economy might be susceptible to overheating, as the reflation trade took hold. Now the worry is that growth might have peaked while prices continue to rise albeit on a slowing basis, raising concerns about stagflation.

As we look ahead to today’s European open, expectations are for an unchanged start, even as markets in Asia saw another negative session, as investors weigh up the possibility that we see further weakness as markets reassess whether this is as good as it gets, when it comes down to the global recovery story, or whether the path out is likely to be much longer than was thought to be the case back in March, when optimism was probably at its highest.