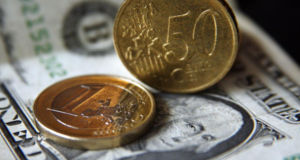 EURUSD seems to have lost whatever positive traction it moulded off 1.1846 prior to a buffer zone of upside limitations between 1.2000-1.2100. The flattening simple moving averages (SMAs) are endorsing a neutral tone and are capping any meaningful advances, while the Ichimoku lines are indicating that negative momentum could retake the lead.

The short-term oscillators are suggesting that positive momentum is retaliating. The MACD, below zero, is flattening towards its red trigger line, while the RSI is making efforts to improve in the bearish territory. The stochastic oscillator is currently holding its positive charge, promoting positive price action.

To the upside, buyers would require a profound backing to overcome the crowded zone of resistances beginning from the Ichimoku cloud’s lower surface at 1.1986 until the 50-day SMA at 1.2094. Managing to move beyond this vital zone may repower the bulls to stretch past the upper surface of the cloud at 1.2166 and challenge the resistance boundary of 1.2217-1.2266, the latter being the 4½-month rally peak. Overstepping this too, may trigger the test of the January 6 peak at 1.2349 of an eight-and-a-half-month steady rally that began around the end of April 2020.

If sellers take the reins and steer the price down, initial support could develop at the recent trough of 1.1846. Should the pair resume a downwards trajectory below the SMAs, the bears could then target the vital lows of 1.1737 and 1.1703 respectively, around early April. Sustaining the decline past these key barriers could bolster negative tendencies, bringing into focus the 1.1600-1.1630 support base, formed between lows from September to November 2020.

Summarizing, EURUSD remains vulnerable beneath the SMAs and the 1.2000 mark, with any modest pickup in selling orders being able to bolster the near-term negative picture. 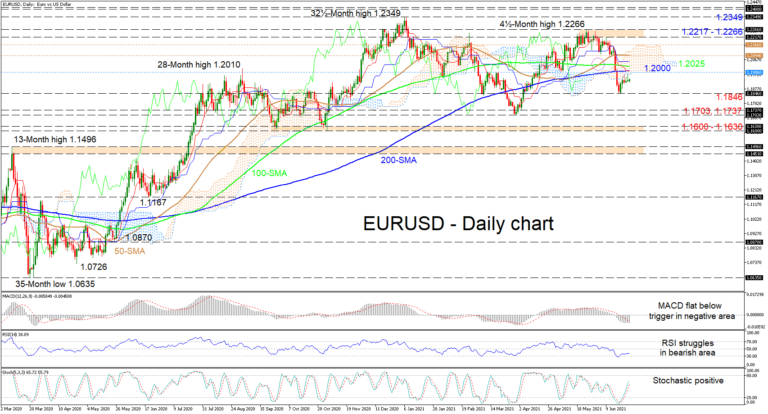