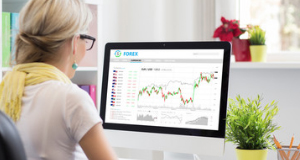 Yesterday’s rebound in European stocks went some way to reversing some of the declines from Wednesday but we still remain some way short of pulling back last week’s losses.

US markets on the other hand have fared rather better with the S&P 500 and Nasdaq shrugging off all of their post Fed losses to post and close at new record highs, although the Dow and Russell 2000 have lagged behind somewhat.

Last night’s gains were helped by the bipartisan agreement of a $579bn infrastructure bill, much less than the Democrats would have liked, but still a fairly decent addition to all of the other stimulus packages seen in the past six months. The new spendingwould include money for roads, bridges, rail and public transit, all areas that have been sorely neglected over the years. While the agreement is welcome it still faces a high bar in passing into law given the Democrats narrow majorities on Capitol Hill.

US banks’ share prices also finished higher ahead of the release of the latest stress test results. As expected, these saw the lifting of all remaining restrictions on buybacks and dividends for the banks that passed the tests, which could see the return of billions of US dollars in excess capital to shareholders. We will probably have to wait until we see the latest Q2 earnings numbers in a few weeks’ time to see how muchthat might be given recent warnings from JPMorgan and Citigroup that revenues are likely to be much lower.

As a consequence of last night’s strong US finish, markets here in Europe look set to open higher, with travel stocks likely to be in focus after the government added Malta, Madeira and the Balearics to the green list, as well as indicating that it would look at dropping quarantine rules for fully vaccinated UK residents returning home from amber list countries later in the summer.

Amid all of the recent concern about rising inflation, it’s important to remember that for all of the big increases seen in recent CPI and PPI data over the past month, with CPIhitting its highest levels since 2008, that the Fed doesn’t look at either when assessing the inflation outlook. The US central bank’s twin mandate of unemployment and inflation uses the core PCE as its main inflation benchmark, which in April doubled from the 1.8% seen in March, coming in at 3.6%, and the highest level since June 2008.

Today’s May number is not expected to be immune to the continued move higher in price pressure, and further increases in the PCE deflator could well reignite market concerns about a less than transitory inflation environment. Expectations are for a sharp rise to 4%, which if it happens would be the highest level since the early 1990’s. Core PCE deflator is expected to a similarly sharp increase from 3.1% to 3.5%, and while Fed officials have assured us that all of this is likely to be transitory, a high number could well give the markets pause, especially since we know the likes of Kaplan and Bullard are already calling for a taper by year end and a rate rise before the end of 2022.

If the retail sales numbers for May are any guide, then today’s personal spending numbers could well be on the weak side. Since the numbers in March were boosted by the stimulus payments which also helped boost consumer personal incomes, we’ve seen a marked slowdown in both. Someof the slowdown in spending can be put down to higher fuel prices which may well have deterred unrelated consumer discretionary spending.

Nonetheless for all of the optimism about the US economic rebound it is notable that retail sales growth has been patchy on a month-to-month basis. This was borne out by a flat April retail sales number suggesting a fair amount of residual uncertainty followed by a -0.6% decline in May.

Personal incomes for April were also weaker, declining by -13.1% after the big March jump as the boost effects of the stimulus payments got washed through. These are expected to decline again, this time by -2.5%. Personal spending is likely to see a modestuptick to 0.4% in May, after the 0.5% rise seen in April, however there is a risk of a miss here given the weaker than expected retail sales number, as well as the slower rates of jobs growth seen in the past couple of months..

EUR/GBP – finding support at the 0.8530 area the last two days, suggesting the potential for a short squeeze, however we need to push up beyond the highs of the last few days at 0.8600 to prompt a deeper squeeze towards 0.8640. While below 0.8600 the potential remains for a move towards the 0.8480 area.

USD/JPY – finding resistance just below the 111.20 level for now, which could see a move back towards 110.20 in the interim. Uptrend remains intact whileabove the 110.00 trend line from the lows this year. A move below this support opens a move back towards the 108.60 area.