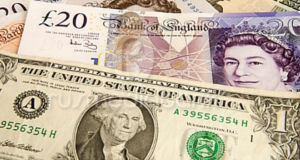 The GBPUSD pair broke 1.4095 level strongly and settled below it, to exit the sideways range and activate the correctional bearish scenario, as it reached the first suggested negative target at 1.4030, expecting to surpass this level to head towards 1.3960 as a next correctional target.

Therefore, the bearish bias will be suggested for today supported by the negative pressure formed by the EMA50, taking into consideration that breaching 1.4095 followed by 1.4120 levels will stop the expected decline and lead the price to attempt to regain the main bullish trend again.

The expected trading range for today is between 1.4000 support and 1.4150 resistance.

The expected trend for today: Bearish