Markets overview. Decision time for UK as reopening set to be delayed by 4 weeks 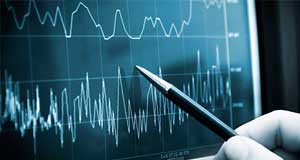 With the US Federal Reserve meeting later this week attention will inevitably be focussed on the FOMC’s response to the big rise in price pressures we’re currently seeing in the headline and core inflation numbers, against a backdrop of a labour market recovery, which still seems to be lagging a little bit behind expectations.

For the most part bond market reaction has been surprising with respect to recent data with US 10-year yields falling to a three-month low at a time when core CPI hit its highest levels in 28 years.

Equity markets also seem unperturbed by this, hitting new record highs on both sides of the Atlantic, with the S&P500, DAX and Stoxx600 posting new record closes. This morning’s Asia session has been a subdued affair, due to public holidays in China and Australia, with markets here in Europe set to continue their slow drift higher as we start a new week.

The overriding impression from the last few days’ events appears to be that bond markets and investors in general appear to be buying the central bank narrative that the current high levels of inflation are transitory and will soon pass.

Looking at the broader data, and the base effects from last year it’s certainly a seductive narrative, however the wider question is not whether it is true, but whether current central bank policy is currently too loose and needs to be reined in a bit.

Both of these views can be true; however the wider concern appears to be if central banks start to lay out a path that involves a withdrawal of stimulus markets could get spooked. This risk seems overstated given the recent strength in the latest economic numbers.

As we look ahead to this week’s key events the Federal Reserve has the perfect opportunity to reset market expectations with respect to tapering its bond purchases. No one is seriously suggesting a rise in rates yet, but there is scope to reduce the monthly bond purchase amount from the current $120bn a month without jeopardising the recovery. This is something the Fed could well do especially since the recent fall in yields has helped buy them some room.

In the UK it’s also set to be another big week for UK economic data, with the latest unemployment, inflation and retail sales numbers for April and May set to show a continued improvement in the direction of travel for the UK economic rebound.

Today we are also set to find out that next week’s scheduled relaxation of restrictions on the UK economy is expected to be put back by up to four weeks, over concerns about the rising levels of infection in the Delta or Indian variant. As a consequence, we might see a little bit of softness in the pound, along with possible further weakness in the likes of hospitality and travel stocks, which had already started to slide at the end of last week over those very concerns. Prime Minister Boris Johnson is expected to lay out the reasons for the delay, though he could allow some relaxations to take place albeit at a slower pace than originally envisaged.

Bitcoin is also back close to the $40k level after Tesla CEO Elon Musk hinted that the company could allow transactions again if it was mined by way of clean energy methods. He also confirmed Tesla sold 10% of its holdings.

EURGBP – last week’s failure at the 0.8640 area keeps the bias towards the downside. While below this resistance level the bias remains to the downside and a retest of the 0.8560 area. A break below 0.8550 opens up the recent lows at 0.8480.