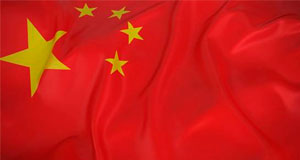 European markets had another mixed session yesterday, with the FTSE 100 outperforming while the performance of markets in the US was pretty much identical to what happened on Monday, with the Russell 2000 outperforming and leaving its heavyweight peers of the S&P 500 and Dow trailing in its wake, albeit still just below record highs.

What’s even more confusing is that despite increasing evidence that inflation risks could well be rising, bond yields are going into reverse, and signalling the opposite, with the US 10-year slipping back to its lowest levels since 7 May when markets had to absorb the huge miss on the April non-farm payrolls number.

Yesterday US job openings in April rose to a record 9.3m, a rise of 1m in a month, despite an unemployment rate of 5.8%, a level well above the 3.5% we saw at the beginning of 2020. This inability to fill roles in an economy that has over 8m less people in the workforce than was the case pre-pandemic, and appears to be growing strongly, means employers may well have to hike salaries quite substantially in order to entice these people back. This in turn could have significant consequences for inflation expectations, which are already elevated, especially if US CPI comes in anywhere near to 5% tomorrow.

This morning’s China inflation data for May is another example of rising inflationary pressure in the global economy. In February headline CPI came in at -0.2%, with today’s number coming in at 1.3%, up from 0.9% in April. In an even starker contrast, factory gate prices for May came in at 9%, a huge increase from where they were at the end of last year, when they were at -0.4%, and the highest since 2008. While some of the rise can be attributed to base effects due to the huge slide in commodity prices that we saw in March and April last year which saw PPI decline -3.7%, there is increasing evidence that various supply side issues are starting to create a situation where rather than being transitory, inflation pressures could become more persistent. It is certainly something Chinese business is becoming more concerned about, along with Chinese authorities given recent steps to curb the recent sharp rise in commodity prices. This is a situation that central bankers appear to be remarkably relaxed or complacent about, depending on which side of the fence you happen to be on.

Today’s European market open looks set to be another cautious one with stocks set to pick up from where they left off yesterday, drifting gradually higher on a lack of interest more than anything else, although the FTSE 100 could well open lower.

The Bank of Canada gets set to meet later today, and could well give further indications on the timeline of a possible taper sometime in Q3. The central bank is likely to look through the rise in CPI to 3.4%, citing it as temporary, along with the weaker performance of the economy and jobs market, which they expect to improve in the second half. The central bank might make reference to the recent strength of the Canadian dollar but overall, no changes to policy are expected.