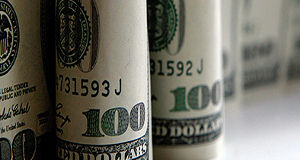 The USDCHF pair continued the strong decline to surpass our first target at 0.9065 and reaches the second one at 0.8990, moving inside the bearish channel that appears on the chart, which support the chances of achieving more negative targets that extend to 0.8900.

Therefore, the bearish bias will remain expected for the upcoming sessions unless breaching 0.9100 – 0.9130 levels and holding above them.

The expected trading range for today is between 0.8940 support and 0.9050 resistance.

The expected trend for today: Bearish