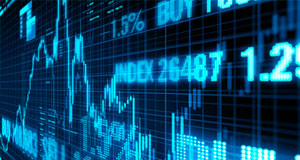 Despite yesterday’s drift back from the 7,000 level the FTSE100, and European markets have still had a decent month, as have US markets, which finished the day very much on their highs, despite initially drifting into negative territory just as European markets were closing.

The move back higher for stocks seems to have coincided with US 10-year yields drifting back down from their own daily peak of 1.686%.

Despite this decent finish for US stocks today’s European open looks set to be a negative one as we come to the end of the week and the month, as Asia markets slipped lower in the wake of some rather mixed Chinese PMI numbers, which saw manufacturing and services activity both weaken more than expected in April.

We’ve also got a busy day on the economic data front to round off the week, with a host of flash Q1 GDP numbers from France, Germany, Italy, Spain and the EU, which are expected to paint a rather bleak picture of economic output in the first part of 2021, with contractions across the board, and potentially signal double dips for the likes of Italy, as well as the EU.

Unemployment levels are expected to remain steady at 8.3% for March, while the latest preliminary April CPI figures are set for another sharp gain, this time to 1.6%, from 1.3% in March. This will inevitably fuel concerns about inflationary pressures in the euro area given that headline CPI has risen from -0.3% at the end of last year to current levels in less than four months.

In the same amount of time German bund yields have risen from -0.6% to -0.19 and a thirteen-month high.

None of this data is expected to offer much encouragement about how Europe has fared so far this year, and also perhaps help to explain why European leaders seem so keen to reopen their economies some time in Q2, before they can be sure the virus has been defeated.

Looking ahead to the US open we get to see the latest personal spending and income numbers for March, which are expected to see a skew as a result of the second round of stimulus payments.

Given we already know that retail sales numbers for March were very good, it’s not too much of a stretch to see similar strong numbers here. In February we saw personal income decline -7.1% after a 10% rise in January. The March stimulus payments are expected to see personal income rise by 20%, however regarding spending the estimates appear to be much more conservative, with an expectation of a 4.2% rise, after a February decline of -1%.

This seems rather conservative and begs the question as to whether consumers held back a little; however, the huge jump in March retail sales would appear to belie that. What we do know is that the personal spending numbers are likely to be quite strong, with the only question being, is by how much.

We’ll also get to see early reaction to the Q1 numbers from Amazon and Twitter last night.

Amazon followed in the footsteps of Apple and Facebook by smashing expectations, with revenues of $108.5bn and profits of $15.79 a share, crushing estimates of $9.54c, sending its shares soaring after hours. The online stores business saw net sales of $52.9bn, while Amazon Web Services saw net sales of $13.5bn. In terms of its Q2 sales forecasts Amazon was also bullish pushing them higher to between $110bn and $116bn.

Twitter on the other hand saw its shares slide sharply, despite beating on profits and revenues in Q1, however the kicker came after Q2 forecasts fell short of expectations, after guiding down on its monetizable daily active user average (MDAU) growth rate. As a result, revenue expectations for Q2 were guided down to below $1bn.