Markets overview. Fed nixes all talk of a taper, US dollar slides 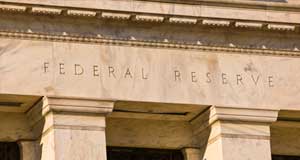 US markets finished more or less flat on the day, after the Federal Reserve left monetary policy unchanged, though the S&P500 did manage to put in a new record high above 4,200, before slipping back again, after a comment from Jay Powell that some asset prices might be a little high.

The US dollar also slid back to a fresh 2 month low, with the euro pushing above 1.2100

European markets look set to start the day higher on the back of last night’s dovish Fed, as well as a positive Asia session.

The positive mood was also helped by positive earnings announcements, from the likes of Apple and Facebook, who both blew through market expectations, on revenues and profits.

The only data of note this morning is the latest German unemployment numbers for April which are expected to see a decline of 10k, and preliminary headline CPI expected to come in at 2%.

Last night’s Fed statement saw the US central bank acknowledge the recent improvement in US economic data, but also reiterate that they remained a long way short of the type of outcome-based data needed to alter their current policy stance, nixing any prospect of a taper in the near term.

As Fed chairman Jay Powell indicated when asked one particular question, one bumper jobs report does not a policy change make, when referencing the March jobs report, which saw 916k new jobs added to the economy. As a reminder he went on to say that there were still over 8m more American who were out of a job than there were in February last year, and as such the Fed would need to see “substantial further progress” on its full employment goals, for any change in policy to be considered.

When pressed for more detail on what might be required for the Federal Reserve to start reducing policy accommodation, in terms of scenarios, the answer was always the same, “substantial further progress” without actually putting any numbers on what that might be.

It would appear that the US central bank has learnt the painful lesson learnt by Mark Carney at the Bank of England when he said that he would only look at raising rates in the UK once unemployment had fallen to 7% all the way back in 2013, and when he failed to do that be constantly reminded of it for the remainder of his term.

The Fed also believes that the recent increase in inflationary pressures is likely to be transitory, and should fall back as the year progresses, and base effects fall away. To sum up the Fed appears to be on autopilot through the summer, however if the data continues to surprise to the upside the market will probably front run it anyway.

As far as today is concerned all eyes will be on today’s US Q1 GDP report which looks set to be the aperitif for a bumper first half of the year for the US economy. If recent data is any guide this should be a very solid number, though this first iteration may not be as good as markets might look at pricing in. This is because a lot of the March data may well not be up to date. This may mean it is susceptible to upward revisions in the coming weeks.

Irrespective of whether the number is at the lower or upper end of expectations the US economy looks set to start 2021 very much on the front foot with expectations of an annualised expansion of 6.8%, with personal consumption expected to drive that with a 10.5% rise.

Weekly jobless claims are expected to be steady at 545k.

The earnings bonanza continued last night with Facebook blasting through expectations, its Q1 revenue rising 48% to $26.2bn, while net income rose to $9.5bn or $3.30c a share. The increases were driven by a 12% increase in ads sold, as well as a 30% increase in average prices per ad. The company said it expects Q2 revenue to be just as good before a slowdown in the second half.

Expectations around an Apple earnings announcement is always high, and last night was no different. A year ago, Apple revenues were $58.3bn for Q2, while this year expectations were for a number of around $77bn, with the new 5G iPhone expected to drive sales. As appears to be the norm these days Apple blew through expectations with record Q2 revenues of $89.58bn, driven by iPhones, $47.9bn, iPad, $7.81bn, services, $16.9bn, Mac, $9.1bn and wearables of $7.84bn.

All of these numbers are eye wateringly good, for comparison, a year ago the iPhone saw revenue of $28.9bn, $19bn lower. The company declared a dividend of $0.22c a share. as well as authorizing another $90bn to the existing buyback program, as it generated net income for Q2 of $23.6bn.

Coming as these numbers have against a new US President who is about to embark on, and outlined his plans late last night for a massive spending program, there will be plenty of Democrat politicians casting their eyes in the direction of these big tech firms in light of these numbers as they attempt to get their hands on a decent portion of these big cash piles.

EURUSD – has pushed higher overnight, squeezing up through the 1.2120 area with the potential to head back to 1.2200. The euro needs to hold above the 1.2070 area for this to unfold and potentially retest the January peaks at 1.2350.

USDJPY – slid back from the 109.10 level yesterday, however the uptrend line support from the January lows continues to keep a floor under the US dollar. This support comes in at the 107.80 level, with resistance at the 108.30 level. Below 107.60 opens up the prospect of a move back to the 106.80 area.