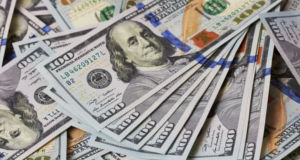 Risk appetite waned slightly on Tuesday as the relative stability in bond markets was overshadowed by warnings of a “bubble problem in foreign financial markets” by a top Chinese financial regulator. The comments revived fears of overstretched valuations around the world, sparking a selloff in Asia. However, the losses were contained, with Chinese stocks bearing the brunt of the selloff.

Shares on Wall Street look set to open between 0.3%-0.5% lower today following a strong rally on Monday. The stimulus and vaccine-led optimism has received another shot in the arm this week after the United States authorised its third Covid-19 vaccine and as President Biden’s $1.9 trillion relief package moves closer to the finish line.

All eyes will be on the US Capitol in the coming days where Republican and Democratic Senators will debate the new stimulus proposal. Hopes are high that the Senate will approve the bill as early as this week after the Democrats dropped the minimum wage hike component. With the Democratic party now seemingly uniting behind the rest of the bill, the process could be completed by the March 14 deadline.

Stocks in Europe were mixed today, partly supported by yesterday’s jump in the S&P 500 and Nasdaq Composite, which logged their best days since June and November respectively, and partly by a weaker euro and sterling.

The euro and pound, along with the commodity-linked dollars have been on the slide since late last week when the rally in global bond yields came to an abrupt end. US Treasury yields have also fallen back but not as much, as the Federal Reserve has yet to raise an eyebrow on the jump in long-term borrowing costs.

The Fed’s stance was reaffirmed yesterday by Richmond Fed President Thomas Barkin who said the sharp steepening in the yield curve is a “natural reaction” if it’s being driven by a healthier economy. In contrast, policymakers from the European Central Bank, the Reserve Bank of Australia and Reserve Bank of New Zealand have been actively pushing back on the spike in their government bond yields.

ECB Vice President Luis de Guindos and Governing Council member Francois Villeroy de Galhau hinted that the central bank would be ready to recalibrate its policy to stem the surge in Eurozone yields. RBNZ Assistant Governor Christian Hawkesby also struck a dovish tone, signalling that policy tightening was a long way off and describing the reaction in bond markets as a “false start”. The RBA, meanwhile, which kept policy unchanged today, has been stepping up its intervention in the bond market, making unscheduled purchases on Friday and doubling its regular purchases on Monday.

The ECB’s vocal resistance against further rises in yields appears to have at least temporarily eased the selloff in Eurozone government bonds, though yields were creeping higher again today. Nevertheless, the euro remained on the backfoot, slumping to around $1.20 to brush 3½-week lows.

Sterling also extended its losses, slipping below the $1.39 level, even though there was no particular catalyst and the Bank of England has taken a similar approach to yields as the Fed. Perhaps some nervousness ahead of tomorrow’s budget statement by the UK’s finance minister is weighing on cable amid rumours of tax hikes.

The aussie and loonie also fell against their US counterpart, reversing some of yesterday’s gains. But the biggest loser was the New Zealand dollar, which slumped by about 0.5% following the RBNZ comments.

The US dollar on the other hand was given the green light to charge ahead as its index soared to a near 4-week high, climbing to around 91.30. Against the safe-haven yen, the greenback scaled a 6-month high of 106.92.

In commodities, oil prices remained under pressure as investors fret about a possible increase in output by major oil producers. OPEC and its allies will decide on Thursday whether to add another 500,000 barrels a day to oil production in April. If the increase is approved and together with the end of Saudi Arabia’s voluntary production cuts at the end of March, the boost in output could take the steam out of the oil rally.

WTI and Brent crude were last trading about 0.1% lower.

Gold, however, managed to pare earlier losses, bouncing off a fresh 8-month low of $1,706.70/oz despite the dollar gaining throughout the day.