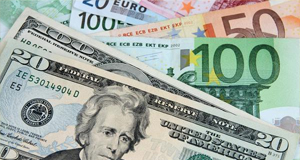 On Tuesday, the major currency pair remains weak. It is currently trading at 1.2020.

The situation is far from cheerful, both theoretically and practically, on the eve of OPEC and OPEC+ sessions.

Yesterday’s statistics from the USA were neutral. The Markit PMI in production in February grew to 58.6 from 58.5 points. The same indicator calculated officially grew to 60.8 from 58.7 points. Construction costs in January increased by 1.7% m/m after the growth by 1.1% m/m in December and against the forecast growth by 0.7%. This was not bad. Today, the USA are publishing nothing important, however, the EU on the whole and certain countries in particular will be quite active. Germany is publishing labor market info and retail sales in January. Statistics from this country normally makes investors agile. Also, the EU will present the prelim CPI in February.